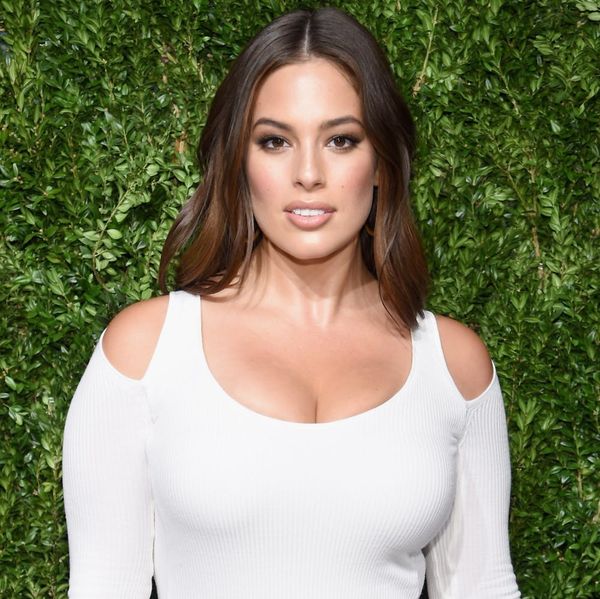 Susan Georget is famous within the plus-size industry, not only for specializing in plus models but also championing their visibility in mainstream fashion. You may not know her name, but you have definitely seen some of the models that this agent has scouted and worked with before: We’re talking Ashley Graham, Candice Huffine, Mia Tyler, and Liris Crosse, who is currently making waves on Project Runway.

For over 30 years, it has been Georget’s mission to have women with curves be taken seriously and, for once in the fashion world, people seem to be finally listening.

While Georget is shy to take credit for originating the curve model industry as we know it today, she has irrefutably helped in signing thousands of these boundary-breaking women throughout her career. She first began working as an agent at Plus Model Management, an agency specifically focused on curve models, in 1986. She explains to Brit + Co that the agency saw the gap in the market and wanted to fill it, sharing, “I saw no reason why models with curves couldn’t move like their size two fashion equivalents.”

It was at Plus Model Management that she signed Emme, who is now known as the world’s first plus-size supermodel. Georget explains that Emme helped pave the way for other plus and curve models to think of themselves as “supermodels,” and that they could attract those big potential clients.

This sparked Georget to move her work over to Wilhelmina in 1994, where she was given the opportunity to head up the prestige agency’s very first curve division, called Ten/20, after the size range that she looked to for models. The fashion industry responded with enthusiasm.

“Remember that baseball diamond in Field of Dreams?” she says. “It’s kind of like, ‘If you build it they will come.’ Well, there have been lots of people waiting for that building!”

Georget left Wilhelmina in 2009 and is now at MSA Models, where she heads the curve department. Since then, more and more women have been drawn to the body positivity movement and to plus-size fashion. With the rise of social media, designers have begun to take note of the demand for size inclusivity on and off the runway.

Despite industry advances, the process of model scouting has remained more or less the same. Georget explains to Brit + Co that finding the perfect model isn’t about seeking out one perfect look — and, incidentally, has nothing to do with size. Things she looks for might include a unique attribute like a twinkle in the eye or an energy you just want to be around. Georget’s aim is to help shape each model to reach their full potential.

For others who may want to follow in her famous clientele’s footsteps, Georget offers some practical advice: “Study the models working now and mostly study yourself. Get to know how your body moves and relates.”

Amanda Scriver
Amanda Scriver is a passionate storyteller and body image advocate based out of Toronto, Canada. When she isn't writing for various publications, she finds time to Keep Up With The Kardashians while partaking in life's greatest pleasure: the chip buffet. Don't ask her what her favorite restaurant is, it's complicated
Body Positive
Body Positivity
Body Positive Every Body inclusivity Plus Size
More From Body Positivity