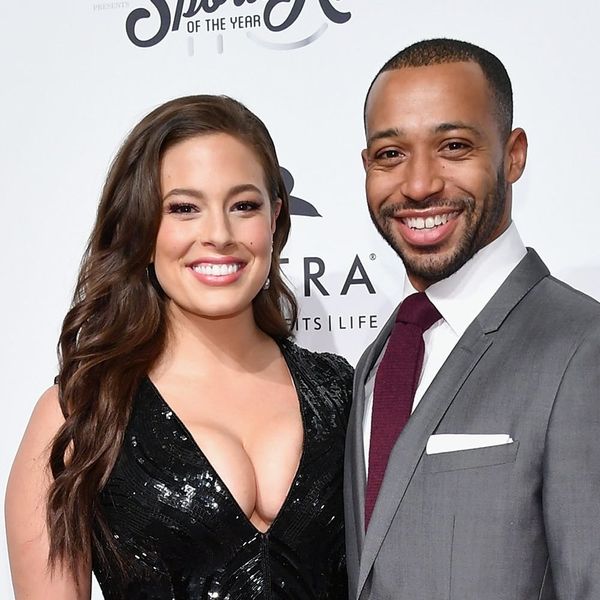 Ashely Graham may be well known for fighting against body-shaming and being a champion for inclusivity, but it turns out that the model has also experienced another kind of unfair judgement. When Graham first introduced her now-husband to her family, her grandmother refused to accept the interracial relationship.

According to Glamour, Graham discusses the situation in her upcoming memoir, A New Model, where she first admitted that she “didn’t grow up around many Black people,” so when she brought her love, Justin Ervin (who happens to be Black), home to Nebraska to meet her family, things didn’t go well at all.

“I never told my grandparents that the man I was bringing home was Black,” she wrote. “I naively hoped everyone would be color-blind — which is not what happened.” Not only was her family *not* accepting toward her then-boyfriend, but they were downright racist toward Ervin. Graham continued, “When my grandparents met Justin, my grandmother was cordial but cold. She greeted him and immediately walked away. When it came time for them to leave, my grandparents didn’t even acknowledge him. Instead my grandmother looked me in the eye, with Justin standing behind me, and said, ‘Tell that guy I said goodbye.’” Oof.

The 29-year-old added, “I had never seen my loving, hardworking, and wonderful grandma be so hurtful and so racist. I was in shock.” Ervin, on the other hand, felt differently, telling Graham, “Racism is never surprising but always disappointing.”

While Graham admits that her grandmother had “probably never looked a Black man in the face, let alone had a conversation with him” before meeting Ervin, things have now changed after Ashley’s husband made an effort to reach out to the older woman by calling to congratulate her on her 60th wedding anniversary. “From then on out, she loved him,” Graham revealed.

Have you gotten your signed copy of 'A New Model' from @thebookmarkshoppe yet? Link in bio💋

You’ll be able to read more about this family-related situation and more when Ashley Graham’s A New Model comes out on May 9.

Have you ever dealt with racism in interracial dating? Let us know @BritandCo!