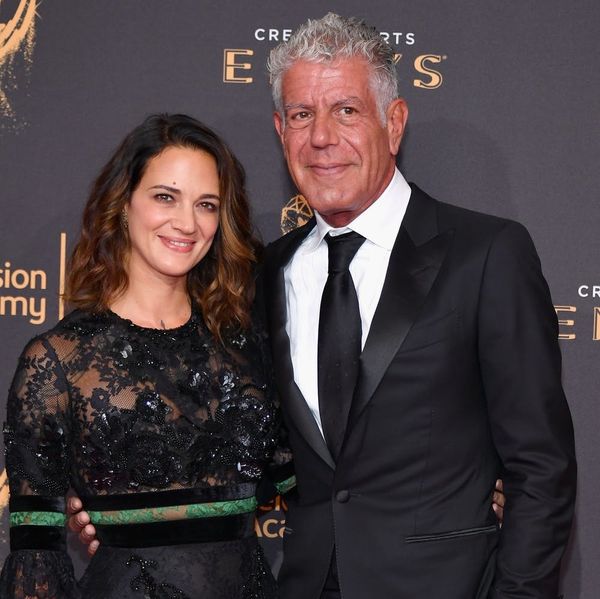 A week after the passing of her boyfriend, celebrity chef Anthony Bourdain, Asia Argento took to her Instagram stories today, June 15, to share lyrics about Heaven from David Bowie’s song “Lazarus.”

“Look up here, I’m in heaven / I’ve got scars that can’t be seen / I’ve got drama, can’t be stolen / Everybody knows me now,” the actress wrote over a screenshot of the song being played on her device. “Look up here, man, I’m in danger / I’ve got nothing left to lose / I’m so high it makes my brain whirl / Dropped my cell phone down below / Ain’t that just like me?”

Argento is currently spending in time Berlin with friends and posted a photo on Instagram stories yesterday, June 14, that showed herself holding a card that had the words “I’m a f*cking mess inside” crossed out. Underneath in larger letters it read, “I’m fine.” Later that day, she shared an image of a prayer written in Spanish, asking God to give her guidance and assure her of His presence.

Argento first met Bourdain while filming CNN’s Parts Unknown in 2016 and the two began a relationship a year later. “I ain’t ‘woke’. I was lucky enough to meet one, truly extraordinary woman,” the chef tweeted in December after speaking out to support the #MeToo movement after Argento was one of the first women to publicly accuse Harvey Weinstein of sexual assault in an interview with the New Yorker as well during a recent speech at the Cannes Film Festival.

Following Bourdain’s death, which was ruled a suicide, Argento shared a message on Instagram, saying, “Anthony gave all of himself in everything that he did. His brilliant, fearless spirit touched and inspired so many, and his generosity knew no bounds. He was my love, my rock, my protector. I am beyond devastated. My thoughts are with his family. I would ask that you respect their privacy and mine.”

Do you use music to help you through sad times? Let us know @BritandCo!