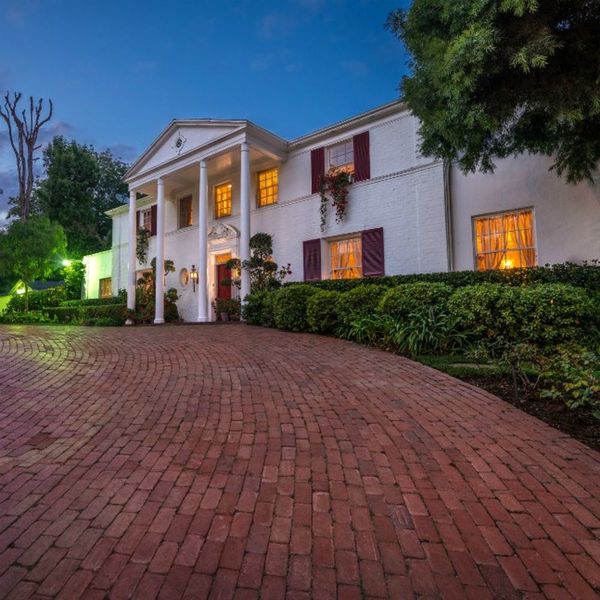 Have $14 million lying around and looking for a new house? The former estate of iconic actress Audrey Hepburn is for sale in Holmby Hills, Los Angeles, and if the photos are are any indication, the home is fit for a legend.

The sprawling six bedroom, four bathroom home has formal living and dining rooms as well as multiple casual family rooms, a 1,000 square foot staff apartment (with two bathrooms of its own!) and its own 700 square foot guest house. Sitting on just over one acre of land, the home also has a tennis court and a mega romantic garden and swimming pool.

The home was built in 1938 before being occupied by Hepburn and then passed hands to Mia Farrow and her then-husband Frank Sinatra. Starlet Ava Gabor (star of classic show Green Acres and sister of ZaZa Gabor) eventually settled on the estate, having lived there until her passing in 1995.

The Gabor Estate (as it is now known) was designed by classic Hollywood architect Paul Williams, who, besides building homes for stars like Lucille Ball and Desi Arnaz, helped design Hollywood’s iconic Shrine Auditorium (home of the Academy Awards) and the Beverly Hills Hotel.

Have you ever toured an iconic home? Tell us @BritandCo!

Kat Armstrong
Kat has been a writer, social media maven and mom for longer than she's willing to admit. She's also spent time in front of and behind the camera, interviewing celebs, politicians and acting as a producer for fashion and artistic photography shoots. When she isn't writing for various orgs and publications, she's hanging with her kids, husband and French Bulldog, Peter, in Toronto, Canada.
Celebrity Home
Home News
Celebrity Home