Morning Buzz! The Academy Has Broken Their Silence Over the Oscars Best Picture Mix-Up + More 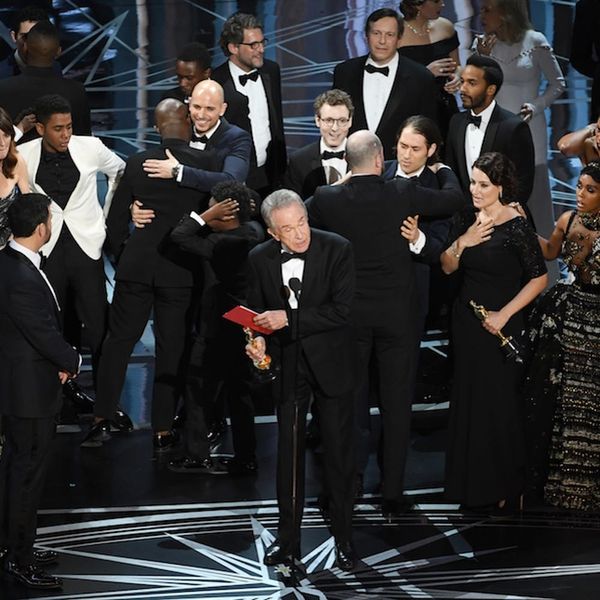 #EnvelopeGate continues and Kellyanne Conway gets comfy in this morning’s top news stories. Check those and more out below.

and now we’re finally hearing from the Academy of Motion Picture Arts and Sciences, who have issued a statement on the Best Picture #EnvelopeGate. “We deeply regret the mistakes that were made during the presentation of the Best Picture category during last night’s Oscar ceremony,” it starts. “We apologize to the entire cast and crew of La La Land and Moonlight whose experience was profoundly altered by this error. We salute the tremendous grace they displayed under the circumstances. To all involved — including our presenters Warren Beatty and Faye Dunaway, the filmmakers, and our fans watching worldwide — we apologize.” They conclude the statement by saying that they are “committed to upholding the integrity” of the ceremony, and following investigations will “determine what actions are appropriate going forward.” (Photo via Kevin Winter/Getty)

People are flipping out over

of Kellyanne Conway kneeling on the Oval Office couch looking at her phone. On Monday, the White House hosted leaders of historically black colleges and universities, and while they were in the Oval Office with President Trump, senior adviser Kellyanne Conway was photographed snapping a pic, then looking at her phone — all while kneeling on the Oval Office couch. The suuuuper casual nature of Conway’s comfy couch sit had people flipping out and, naturally, sharing memes, but also claiming the move was disrespectful to the visiting professionals. The White House has not commented on the photo or the reaction to it. (Photo via Aude Guerrucci-Pool/Getty)