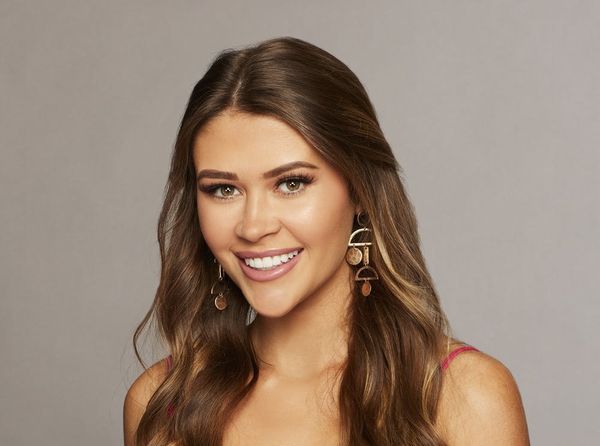 The January 28 episode of The Bachelor took a serious turn when contestant Caelynn Miller-Keyes opened up to Colton Underwood about being raped in college four years ago. After the episode aired, she took to social media with two important and powerful messages about her story and others like it.

“Tonight I talked to Colton about my experience with sexual assault. Unfortunately, my story is a common one,” she wrote in her first note, which she posted immediately after the show. She went on to share some stats about assault and rape, before addressing her fellow survivors: “For anyone out there who has suffered from sexual abuse or is still suffering from sexual abuse, please please please know: You deserve to be happy. You deserve to be safe. You are not alone. You are believed. There is hope. There is help.”

You are not alone.

The Miss USA runner-up shared her story with Underwood while they were on a one-on-one date. After explaining that she needed to be honest with him in order to further pursue their relationship, Miller-Keyes recalled a night during her sophomore year when she and two friends were drugged and sexually assaulted at a party.

She also spoke about going to a hospital the next day and being denied a rape kit. When she went to a second hospital, the test was inconclusive “because so much time had passed.” One person was expelled because of the incident, but the others “got away with it,” she told Underwood.

Thank you for sharing your story. ❤️

(This video contains a description of sexual assault that may be triggering.) #TheBachelor pic.twitter.com/fbx80vWG2v

“I can’t even imagine going through something like that,” he said when Miller-Keyes finished her story with tears in her eyes. “I know talking about it is not easy. The fact that that happened to you is devastating.” He also said that he had experience in relationships with women who had been sexually assaulted.

It couldn’t have been an easy conversation for Miller-Keyes, but she said afterward that she appreciated having the opportunity to tell her story.

“I am overwhelmed right now,” she wrote on Instagram on Tuesday, January 29. “I am so grateful to Colton for not just listening, but hearing me. I am grateful to everyone at the Bachelor for allowing me to share my story in the way I wanted, and on my own terms. Most of all, I am truly grateful for everyone who has sent me messages telling me their stories of fear, bravery, and strength. The world can be a really dark place sometimes, but these survivors who stand up and speak their truth, they remind me that there is good and light and that everything is not broken.”

The Bachelor, for its part, thanked Miller-Keyes and other survivors for their “strength and courage.” The show also shared the information for RAINN, both in the episode and on Twitter.

Thank you for your strength and your courage. ❤️ #TheBachelor pic.twitter.com/VKfUsxGlBf