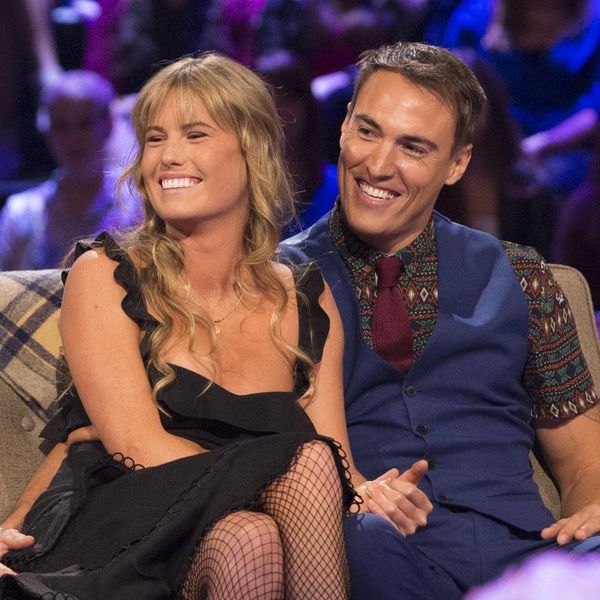 Another Bachelor Nation couple has called it quits. Lily McManus and Courtney Dober, who were a fan favorite on Bachelor Winter Games, announced their amicable breakup in a pair of Instagram posts on Monday, August 27.

“Lily and I have chosen not to end our relationship but to continue it as mates,” Dober wrote on Instagram alongside a deleted scene of the couple from their time on Bachelor Winter Games. “We’re best friends and it’s become clear to both of us that the emotional side of our relationship just doesn’t allow us to be the best versions of ourselves. Perhaps in a world where there are no distractions, no life obstacles, nothing else mattered and looking into the future wasn’t even a thought, things might be different… but that’s not reality and we’ve decided that this is for the best.”

McManus posted a similarly bittersweet note on her own Instagram. “It makes my eyes leak a little bit but myself and Court have decided to split on mutual terms,” she wrote. “I love Court with every ounce of my being, that long limbed f**k will be a part of my life for a very long time. You guys watched us fall in love and it was honestly just as magical as it looked in real life.”

Indeed, viewers watched Dober and McManus fall for each other on the Olympics-themed Bachelor spinoff in early 2018. Following the show, Dober, who originally competed on The Bachelor Australia, and McManus, who was from The Bachelor New Zealand, moved to Los Angeles together.

They were the last remaining couple of four who made it out of Winter Games — Lesley Murphy and Dean Unglert split in April, Ashley Iaconetti and Kevin Wendt split in March, and Clare Crawley and Benoit Beauséjour-Savard broke off their engagement in April. But despite their relationship not working out, McManus and Dober clearly have a lot of love for each other, as both wrote lengthy tributes to the other’s favorite quirks and qualities in their breakup notes.

“Maybe in another life we’ll eat tacos, play tonsil hockey, swim in the ocean, and park RVs in post office car parks,” McManus said to Dober. “I can already feel the ‘love is dead’ comments brewing but I can promise you guys it is 100% alive and well.”

“I’ve always lived under the motto — ‘Everything happens for a reason,'” Dober concluded his caption. “And I have no doubt we were meant to meet.”

Are you sad to hear that Lily and Courtney broke up? Let us know @BritandCo.