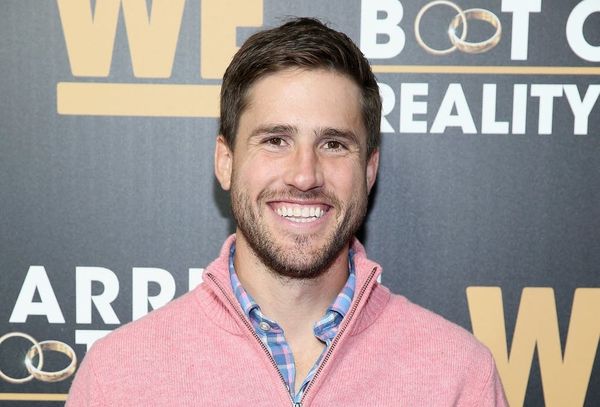 Another Bachelor Nation wedding is on the way! JJ Lane, who appeared on The Bachelorette season 11, proposed to his girlfriend Kayla Hughes in Hawaii this week, and along with the exciting news, he shared some sweet words for his fiancée on Instagram.

“She said YES!!!” Lane captioned a sweet shot of the proposal. “I can’t wait to marry my best friend, my love, and the woman that has made me better since the day we met!”

In the photo, the couple stands in front of a romantic oceanside sunset at the Beach House Restaurant in Kauai, Hawaii. Lane also shared that he proposed with a New World Diamonds ring, and that Hughes was “blown away” by the rock.

The bride-to-be shared the exciting life update on her social media, too, giving a clearer look at her ring in a photo of the couple sharing a kiss. “Does this ring make me look…. ENGAGED??!!!” Hughes, a former NFL cheerleader, wrote. “I said yes to the man of my dreams and can’t wait to spend the rest of my life with my best friend.” The couple celebrated with a romantic dinner at the Beach House Restaurant, sharing snaps of the spread to their Instagram stories.

The bride and groom-to-be have been dating since at least September 2017, when they made their relationship Instagram official.

Lane competed for the final rose from Kaitlyn Bristowe on season 11 of The Bachelorette in 2015, and later appeared on Bachelor in Paradise season 2. He briefly dated fellow BIP contestant Juelia Kinney, but they split in 2017. This will be his second marriage; he and his ex-wife share a six-year-old daughter.

Do you plan to follow JJ and Kayla’s wedding plans along the way? Let us know @BritandCo!

(photo via Bennett Raglin/Getty Images for WE tv)