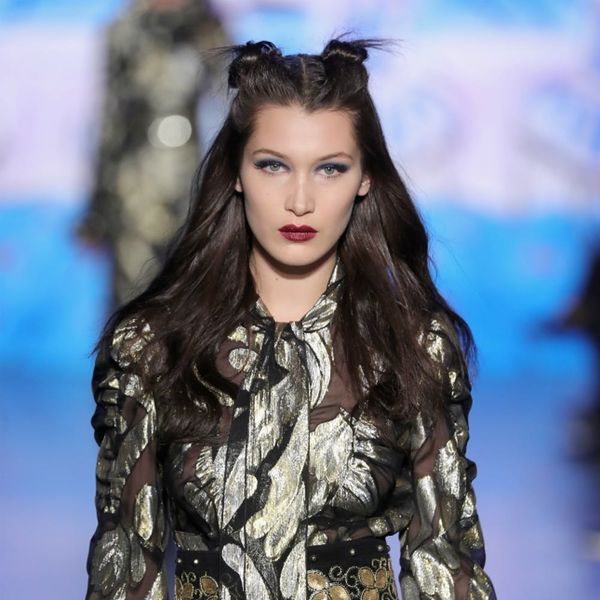 As Kylie Jenner avoided her ex while sparking new dating rumors at Coachella, Bella Hadid prevented a run-in with ex The Weeknd and his new GF Selena Gomez (one of the fest’s cutest couples) by skipping the event altogether. While many of her friends were spotted partying at Coachella this weekend, Hadid made plans of her own, a move many attributed to the fact that she knew her former fling would be at the star-studded festival. But girl didn’t sit at home feeling sorry for herself. Oh, no.

Instead, Hadid shared a video on her Instagram account of her first ever skydiving experience during a work trip to Dubai. In the post, she says she’s “never felt so calm,” as she jumps out of the plane strapped to her instructor. Whoa!

The model arrived in the Middle Eastern country last week to host a dinner for Dior’s newest launch in the region. After her work was done, she stayed on for a mini vacay, spending the weekend boating and skydiving with friends.

While we can’t for sure say that this was a calculated move on the part of the 20-year-old model, we definitely think she had the last laugh with the ultimate “I’m better off” shade throwing: Diving out of a plane and spending time overseas doesn’t sound half bad at all.

What did you do to get over your ex? Tell us @BritandCo!

Kat Armstrong
Kat has been a writer, social media maven and mom for longer than she's willing to admit. She's also spent time in front of and behind the camera, interviewing celebs, politicians and acting as a producer for fashion and artistic photography shoots. When she isn't writing for various orgs and publications, she's hanging with her kids, husband and French Bulldog, Peter, in Toronto, Canada.
Coachella
Celebrity News
Coachella
More From Celebrity News