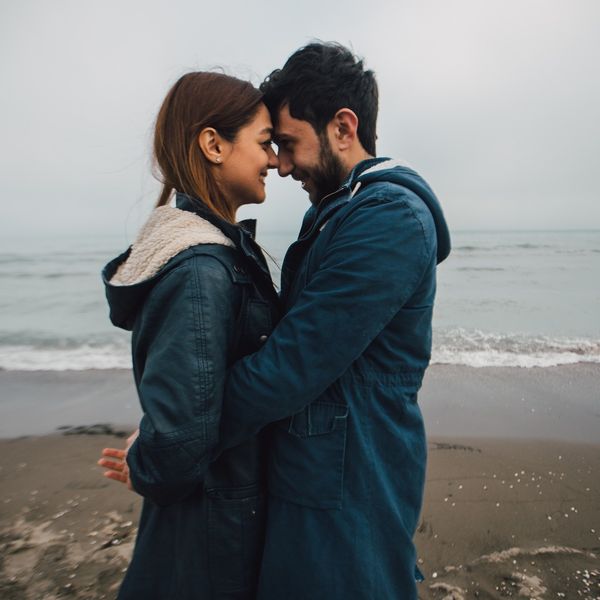 Distance can put even the strongest relationships to the test, so it's no surprise that long distance relationships (LDRs) get a bad rap. And while there's no question that LDRs aren't always a walk in the park, they're not all bad. In fact, with the right partner, they can be a downright beautiful thing. Here's why.

1. You get to explore each other's towns. "It was a treat when I visited Rick — a true vacation," says Stephanie Losee, who recently got engaged to her long-distance man. She had her city life in San Francisco and he had his mountain life in Reno. "After a while we started looking for places to meet in between, which led us to the little-known gold rush town of Volcano in the Sierra Foothills wine country." They plan to get married there next year. "Long-distance romance is the mother of invention!" she jokes.

2. You get excited — like ridiculously excited — to see each other. If you've been in an LDR, you know the thrill of anticipation as you await your partner's next visit. Sure, the periods between seeing each other can get long (and lonely), but the good thing is, there's always something to look forward to. And the sheer anticipation of seeing each other again can get you through the hard times when you're apart.

3. You don't take your time together for granted. When you're usually apart, the time you have together is sacred. It doesn't matter what you're doing, as long as it's together. At the same time, you tend to put more effort into making your time together special. Whether you're planning a romantic trip, playing tourist in your own town (or in between towns) or just holing up in your apartment for a long weekend, part of the fun is planning your next rendezvous.

4. You really get to know each other. Let's face it, it can be a drag when you can't see each other in person every day, but technology makes it easier than ever to stay connected. However, unlike couples that are in the same place, you don't always have the luxury of making a physical connection. Instead, you have to count on good old-fashioned conversation. But that's not a bad thing. "I'm glad we had that era when we were limited by the distance," says Losee. "It slowed things down (at first anyway!) and helped us get to know each other as people before we were too distracted by the physical side of a new relationship."

5. You still get plenty of "me" time. When you're in a relationship — especially if you're in the honeymoon stage — your "me" time can fall by the wayside. But when you're many miles apart, you still have plenty of time for yourself. "By the time we met I had been solo for 8 years and had never lived with a boyfriend in between, so I was used to uninterrupted sleep in my own bed and the ability to set my own schedule," says Losee. "It was a big change returning to couple life, even with someone as easygoing and compatible as Rick." Taking advantage of your free time to pursue your passions and spend time with friends can make you a better partner too. It keeps you well-rounded, allows you to recharge your batteries and as a result, you bring more to the relationship table.