What to Read in August: 12 Young Adult Books About Magic, Love, and Growing Up 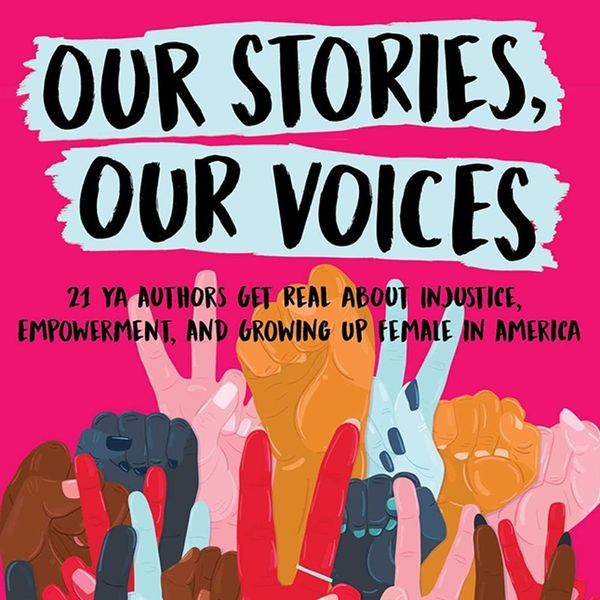 We hate to be the bearer of bad news, but there’s only ONE short month of summer left to enjoy outdoor reading season! Whether you prefer reading on a sweltering beach or a shady patio with a fruity cocktail in hand, we’re determined to make the most out of this precious time to take our love of literature into the sun. So after quickly binge-reading all of our current to-read pile, here are 12 brand-new young adult books that we can’t wait to dig into.

Michael’s dad has just forced him to move yet again (this time he’s stuck in a strict Catholic school), and Michael is on the hunt for a group of friends. So when fellow classmate Lucy bravely stands up to their teacher, he follows her to meet other St. Clare outcasts and immediately joins Heretics Anonymous — a place where feminists, atheists, LGBTQ+ folks, and paganists gather freely. But when Michael’s plan to expose the school’s hypocrisies goes too far, he must make a series of very important decisions.

Having just graduated from Columbia University, Lou Hansen is ready to conquer being a boss business professional. The only problem is… well, she has no job prospects whatsoever and she’s moving back into her childhood bedroom (which her helicopter mother is thrilled about). Following Lou’s oh-so-familiar post-graduation journey through a series of journal entries, texts, job applications and rejections, and pug pictures, Chiklis’ debut novel is a hilarious tale that will particularly resonate with young millennials trying to make their first splash in the real world.

When the leader of the Ballenger empire dies, his loyal son Jase is thrust into power to become the new ruler of an empire which is notorious for governing by their own set of rules. Yet change is brewing in neighboring districts. With a wave of rebellion sweeping the horizon, a young queen sends a legendary former street thief named Kazi to investigate the Ballenger empire. Filled with suspense, romance, and strong female characters, this highly anticipated volume in the New York Times bestselling Remnant Chronicles universe is definitely a welcome addition.

After he almost killed his daughter, King Midas, who had the ability to turn all that he touched to gold, relinquished his power for good. Yet more than a decade later, his daughter Princess Kora is still cursed by the incident, as her skin is flawlessly gilded and she harbors secret powers that leave her concealed behind gloves, veils, and palace doors. But when a thief steals valuables from the kingdom and leaves King Midas vulnerable, Princess Kora must use her unique abilities to track down the stolen items and save the kingdom — all while learning the true power and consequences of this dangerous magic.

If anthologies are your jam, you need to order yourself a copy of this stunning collection STAT. A timely anthology by some of the most established young adult authors and a few exciting new talents, this book explores the complex feelings of starting a new chapter. Featuring powerhouse authors like Nicola Yoon, Jason Reynolds, and Melissa de la Cruz, this anthology includes 10 short stories, a graphic novel, and a one-act play on topics of gentrification, untimely death, coming out, poverty, and more.

Sylvie Blake’s older sister Julia has disappeared, and no one in the community can tell if she purposely ran away or if she’s actually in trouble. So when a copy of their old storybook arrives with a mysterious list inside, Sylvie worries and starts to notice glimpses of her missing sister everywhere. Now with the help of her BFF’s brother, she sets out to follow the mysterious signs and save her sister before it’s too late.

Exploring the many female faces and experiences of injustice and empowerment, this timely short story anthology features 21 essays from major YA authors — from The Nowhere Girls’ Amy Reed to When Dimple Met Rishi’s Sandhya Menon.

Savannah has a lot on her plate right now. Not only is she worried about being home alone with her overbearing mother after her sister goes to college (her mother’s weight-loss obsession has reached a new level of crazy after appearing on an extreme weight-loss show), but she also has a budding crush on a new kid at school. Savannah wrestles with self-love, body image, and parental pressure all while going through the trials of high school, and To Be Honest is a timely and relatable novel that readers of every age can enjoy.

Eighteen-year-old Amani has always dreamed of going on a grand adventure, but life within the brutal Vathek empire leaves little room for fairy-tale quests. One day, daydreaming Amani is kidnapped and taken to the royal Vathek palace in secret, where she discovers something shocking: She could easily pass as the identical twin of the half-Vathek Princess Maram! Now forced to become the princess’ body double and appear in public as Maram so as not to put the loathed ruler in danger, Amani is instantly wooed by the glamour and glitz of the palace. But with violence and fear lurking in the shadows, this thrilling tale, inspired by the author’s Moroccan heritage, is just getting started.

After her family is brutally murdered by warlord Aric Athair, Caledonia Styx is the only one left to captain her family’s ship. Enlisting a crew of women who have also lost their families and homes because of Aric and his men, Caledonia sets course to take down the warlord’s fleet once and for all. But when her second-in-command survives an attack thanks to one of Aric’s men who is looking to defect, Caledonia questions whether she should let him join the all-female crew. The first installment in a trilogy, this thrilling feminist read by Natalie C. Parker will excite any seafaring fantasy addict.

If you’re in the mood for something a little magical, this awesome collection of stories about witchcraft and charms just might do the trick! Featuring 15 unique stories about teenage girls embracing their unique magical powers, from a young witch who uses social media to connect with her astrology clients (including a cute NASA-loving girl) to a priestess of death who is investigating a ritualized murder, these witchy tales will make you wish it was Halloween season.

Darius never really felt like he fit in, both in his American hometown and with his Persian family (he speaks better Klingon than Farsi, after all). Nervous about his first-ever trip to Iran, Darius is trying his best to hide his insecurities while learning about his Iranian family and culture. But with the help of boy-next-door Sohrab, he’s starting to learn how to accept all parts of himself — all while playing hours and hours of soccer, eating faludeh, and talking candidly about anything and everything on a secret rooftop with his new best friend.
Ashley Macey
Ashley Macey is a lifestyle freelance writer who loves all things fitness, wellness, and creativity. When she's not exploring her home in the Pacific Northwest with her dog Max, you'll probably find her curled up with a good book and some hot tea. Follow her daily jaunts on Twitter.
Books
Creativity
Books Goods
More From Creativity