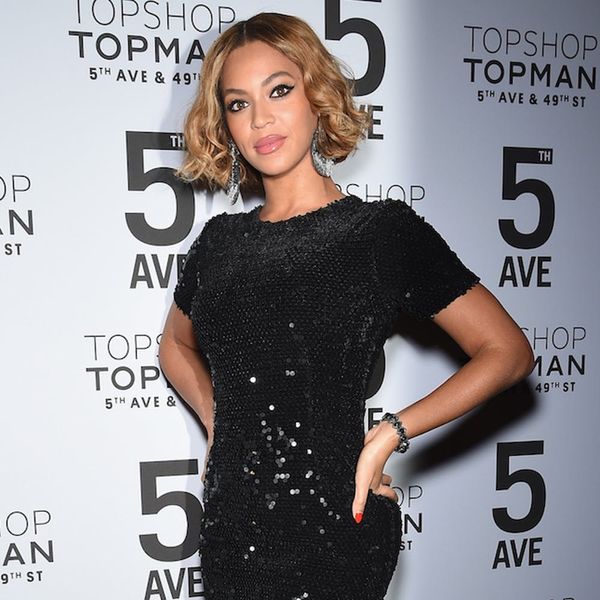 When news broke that Blue Ivy’s mama Beyoncé was designing a stylish athletic wear line for Topshop, the whole world was like, “Finally.” The superstar singer is a fashion icon, and it’s not her first time dabbling in the sartorial arts. Queen Bey and her mom, the eternally chic Tina Knowles, co-front their family-owned venture House of Deréon — but it’s generally acknowledged that Tina is the creative force behind the brand. She did, after all, style Destiny’s Child for years.

According to Hollywood Reporter, Topshop’s owner Sir Phillip Green is quick to say this is no mere collaboration — it’s a “business — a separate, proper business, with separate overheads and a separate office.” You heard it, this brand is a whole new brand separate from Topshop. It’ll have its own name and everything, though there’s no word yet on what that name might be. Even the Topshop site calls it a “50-50 partnership” that will feature “clothing, footwear and accessories across dance, fitness and sports.”

Fingers quadrupled crossed that there’s a version of her “Single Ladies” leotard in the collection, because showing up for a Zumba class in that would be the culmination of a dream.

Will you be checking out Beyoncé’s new line? Tell us in the comments below!

Kimberly Wang
Kimberly Wang writes about all things pop culture, tech, style, and beauty. She's a Bay Area transplant and has an MFA in Creative Writing from Columbia University. On a sunny New York day, you can find her hanging out with her mini schnauzer Isabelle Jellybean on a blanket in Central Park.
Athleisure
Pop Culture
Athleisure Beyonce Girlboss