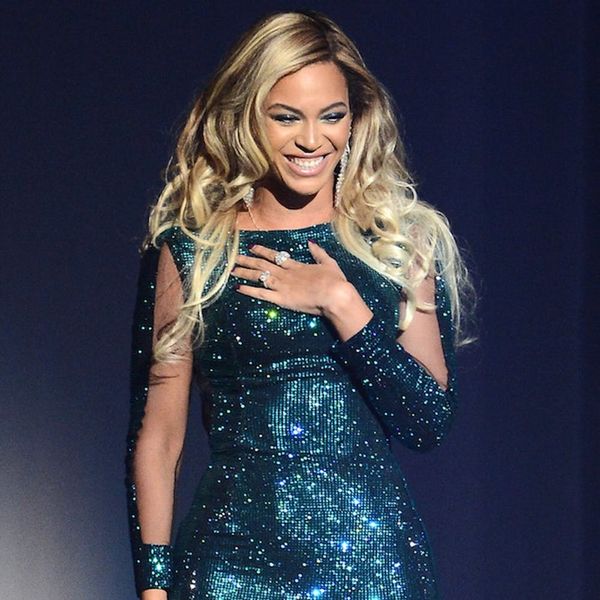 It’s just like she sang in her song “I Was Here,” Beyoncé is totally leaving her “footprints on the sands of time.” She’s making waves (again) as Vogue‘s September issue’s first African-American cover girl. But then again, from secret album drops to singing at presidential inaugurations, Queen Bey is no stranger to making history. Earlier this week, she took to her Instagram to share some photos from her upcoming Vogue feature, but it was one #TBT that had all of our double taps.

The photos were shot by Mario Testino, the British royal fam’s photog of choice, and are absolutely stunning. Bey looks super sultry in a number of slinky and embellished dresses and the shoot is probably going to go down as one of her most iconic editorials of all time, TBH.

That said, it’s not her first time at the rodeo. After all, it’s Beyoncé! She was previously on the cover of Vogue back in March of 2013, when little Blue Ivy was a mere tot. Perhaps posting all these landmark September issue shots got the Bey feeling nostalgic, because she posted this photo from her last Vogue spread by Patrick Demarchelier along with the caption: “The real cover girl. My delicious Blue Blue at 11 months.”

What do you think of Bey’s #TBT of Blue Ivy? Tell us in the comments below!

Kimberly Wang
Kimberly Wang writes about all things pop culture, tech, style, and beauty. She's a Bay Area transplant and has an MFA in Creative Writing from Columbia University. On a sunny New York day, you can find her hanging out with her mini schnauzer Isabelle Jellybean on a blanket in Central Park.
Beyonce
Parenting
Beyonce
More From Parenting