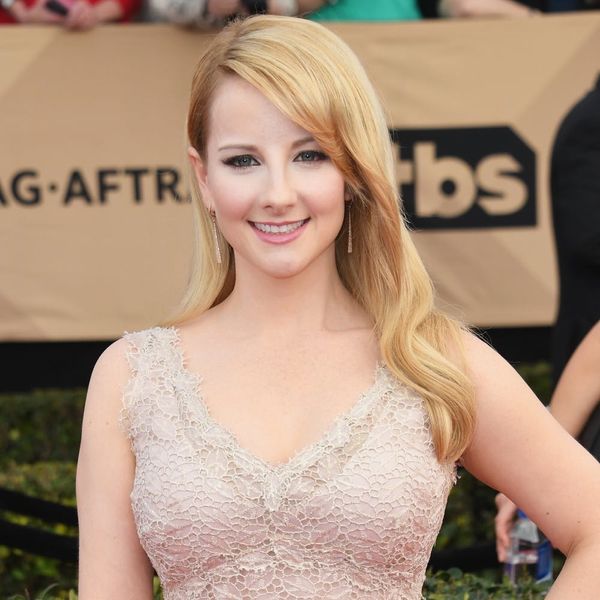 Melissa Rauch’s Big Bang Theory character Bernadette welcomed her first child with Howard last season on the show, and now Rauch is a mom in real life, too! The actress announced via Instagram that she and husband Winston Beigel have welcomed their first child, a daughter, and her name is too cute for words.

“I am beyond over the moon to share that our beautiful baby girl, Sadie Rauch, has arrived and our hearts are bursting at the seams with love for her,” Rauch captioned a post featuring a graphic stating “It’s a girl.”

In July, when the star revealed her pregnancy, she also shared the sad news that she had previously had a miscarriage. At the time, Rauch told Glamour that the experience “kickstarted a primal depression that lingered,” and that she was nervous to reveal that she was expecting again. Nonetheless, the experience made her appreciate her healthy pregnancy this time around even more.

“It’s made me grateful for every moment of my current pregnancy, and I hope it will make me a better mother in some capacity when I can finally hold the child that has been in my heart in my arms,” she said at the time. “Although I can’t categorize these lessons of humble appreciation and gratitude as ‘reasons for this happening,’ I will consider them a silver lining.”

Huge congrats to @themelissarauch and Winston as they announce they are expecting a baby and a major "bravo" to Melissa for the beautiful piece she wrote about it for Glamour; link in profile. ❤️

Rather than try to hide Rauch’s pregnancy in TheBig Bang Theory, the show decided to surprise viewers by writing it into the story. “We realized that it’s really interesting that [Bernadette and Howard] wouldn’t be expecting to get pregnant again so quickly, and nobody in the audience would be expecting them to do so, either. It seemed like a really interesting story to tell,” showrunner Steve Holland told The Hollywood Reporter of the season 12 premiere bombshell in September.

While Rauch excitedly celebrates her new addition, she also remains supportive of other women experiencing fertility issues or who suffer miscarriages. “I will never take for granted the difficult road it took to get here,” Rauch concluded her baby announcement. “To those on that road: I’m sending you so much love today and always.” Congrats to the growing family.

What do you think of Melissa’s new baby girl’s name? Let us know @BritandCo!