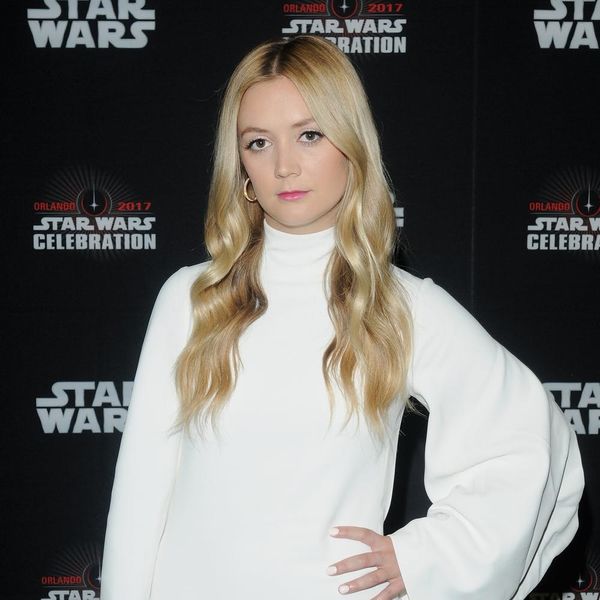 Billie Lourd is no stranger to the camera; in just the past two years she’s graced the screen as Star Wars‘ Lieutenant Connix alongside her late mother Carrie Fisher, Rosanna in Billionaire Boys Club, and Chanel Number Three in Scream Queens. Now she’s got a mysterious new role in American Horror Story, and a brand new hair hue to go with it.

Lourd uploaded a photo of her new tresses on Instagram and captioned it, “#winteriscoming” (sounds like someone is also looking forward to Game of Thrones?). She also tagged American Horror Story and showrunner Ryan Murphy. In the pic, Lourd is rocking a flawlessly silver gray hair color, despite summer being on the horizon. The actress proves that seasonal shades are a rule made to be broken.

There’s no word yet on what her role will be in AHS’s election-themed seventh season, but it certainly seems like Lourd’s new silvery strands play a part (could she have something to do with the “white” in Ryan Murphy’s red, white, and blue clue?).

Luckily, you won’t have to wait that long to find out. There’s no set date just yet, but the new season will likely debut in mid-September!

What do you think of Lourd’s new ‘do? Any theories about her role? Tell us @BritandCo!

Shea Lignitz
Shea can be found in the nearest bookstore or brewery, exploring the great outdoors, or blasting Led Zeppelin. She grew up in the cold and rain of Northern California's redwoods but is currently wandering around Texas.
Beauty News
More From Beauty News