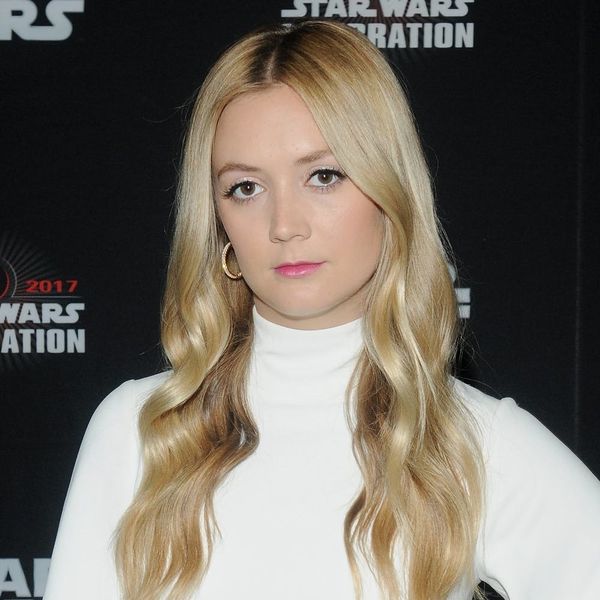 For her first public appearance following her mother’s death, the Scream Queens actress, 24, attended an event celebrating Star Wars’ 40th anniversary, and she had a little surprise up her sleeves for fans.

“Feeling the ultimate strength of the Force from all of the incredible fans at #starwarscelebration after our tribute to my #momby,” she wrote on social media.

With its fitted skirt and a cropped hem, Lourd’s dress was a modern take on the white cape gown her mother has been immortalized in at Madame Tussauds’ Wax Museum. Both garments boasted a high neckline and regal billowing sleeves as could only be pulled off by Leia (and her descendants, of course).

The look was reportedly a collaboration between the American designer and Lourd, who will carry on her mother’s legacy as Lietenant Connix (whom she played alongside Fisher in Star Wars: The Force Awakens) in the upcoming Star Wars: The Last Jedi sequel.

Though she didn’t rock Leia’s infamous buns, she has paid homage to them once before with a pair of fuzzy earmuffs as Chanel No. 3, which she told Seth Myers back in December was also a tribute to her mom.

What do you think of Billie’s spin on Princess Leia’s iconic look? Tell us over @BritandCo.

Nicole Briese
Nicole is the weekend editor for Brit + Co who loves bringing you all the latest buzz. When she's not busy typing away into the wee hours, you can usually find her canoodling with her fur babies, rooting around in a bookstore, or rocking out at a concert of some sort (Guns N' Roses forever!). Check out all her latest musings and past work at nicolebjean.com.
Celebrity Style
Style News
Celebrity Style Designer Star Wars