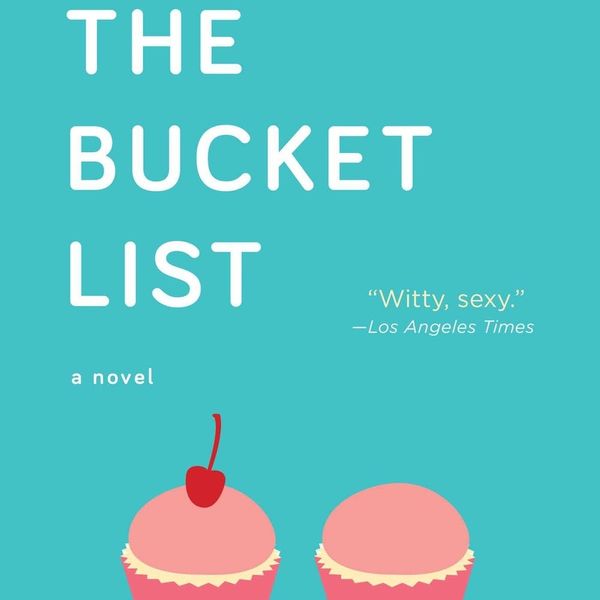 With the upcoming holiday weekend, we’re making plans that include relaxing with the companionship of the best new books. Whether you like intriguing chick lit, enticing young adult novels, or even a memoir that will make you think, these are some of the best books we think are worthy of your long weekend. Grab your favorite cold drink and a few of these inspiring titles and get ready to get lost in these end-of-summer reads.

At only 25, Lacey learns that she is positive for the breast cancer gene and is unable to cope with the idea that she may have to get her breasts removed as a preventive measure. With this in mind, Lacey makes it her mission to check off every item on her own “boobie bucket list” and begins an adventure that will awaken her sensual side and help her figure out the kind of woman she truly wants to be. This novel is a heartwarming and hilarious look at the life of a determined and strong young woman.

This New York Times bestseller follows the experiences of Jacquie, Dene, and Opal during their time at the Big Oakland Powwow and the ways it changes all of them. From embracing their heritage to finding family and pursuing a new and sober life, these complex characters will learn that they were all brought together for a reason bigger than themselves. Orange’s debut novel is a touching story about a side of America that not many are exposed to and is an eye-opening read for anyone who picks it up.

To everyone on the outside, Sarah Jenkins appears to have an enviable life with her beautiful family, but what people don’t know is that Sarah is struggling with her own insecurities. When a bombshell about her life becomes public knowledge, everything starts to come crashing down around her, and Sarah must find a way to sort through the chaos. But when she opens a mysterious letter she had forgotten about, she begins to think there’s still hope.

Escape to an exciting and fantastical world over the holiday weekend with this new YA novel by New York Times bestselling author Sara Raasch. It’s been five years since Adeluna’s home was saved from oppressive forces; now, she’s on a quest to find a missing delegate and proponent for peace. Teaming up with a pirate, the two begin their quest to bring back the leader safely, but what they discover in the process will be both shocking and life-changing. For fans of action and adventure novels, this mystifying book will have you on the edge of your seat from beginning to end.

The author of The Couple Next Door is back with her latest thriller about all that can go wrong when a hotel is shut down and the guests are forced to stay inside. Without power or a way to communicate with the outside world, the hotel guests begin to panic when one of them is found dead. Aware of the fact that the killer is still in the building, they come to the realization that all they can do is protect themselves through means of self-defense. And as more and more bodies turn up, the hotel begins to become a place of pure fear. If you can’t get enough of nail-biting thrillers, An Unwanted Guest is a must-read.

For those who were mystified by Jeannette Walls’s The Glass Castle, Vanya Erickson’s debut book should be the next read on your #TBR pile. After returning from service in World War II, Erickson’s father brought with him nightmares, trauma, and addiction that would affect the family for years to come. Struggling with her father’s problems and her mother’s neglect, she found peace in the outdoors and was able to look back years later and forgive the parents who were never there for her.

This tragic YA romance has all the elements you could want when it comes to a teen love story. Elliott and Catherine had an instant connection from the moment they met. But when Elliott is suddenly forced to leave the town and Catherine behind, their bond is broken, leaving them in a state of disarray when Elliott returns years later, ready to win Catherine over. Now back in each other’s lives, they’ll try to fix the friendship and love they once had, but before they can do that, Elliott gets caught up in a crime that could ruin both of their lives forever.

Serving as the follow-up to 2017’s Beartown, Backman’s new book deals with the aftermath of a broken community and their esteemed hockey team. As the Beartown hockey team tries to redeem themselves, they find new competition in a neighboring town and a big game that will determine whose team is better. But before the end of the big event, someone will be found dead, sending a new shockwave throughout the entire community. For those looking for a read that will surprise you, Us Against You is the perfect choice.

Parker Posey’s debut memoir gives readers an inside look at what it would be like to have a conversation with the esteemed actress on an airplane. Diving into her childhood, acting career, and all the ups and downs of her life, Posey presents readers with an in-depth look at the life of a woman who has always seemed like she has it all. This funny and insightful memoir is a travel must-have and makes the perfect gift for book lovers everywhere.
She Reads
Books
Creativity
Books Goods
More From Creativity