This Might Be the Craziest Creative Block Fix Ever 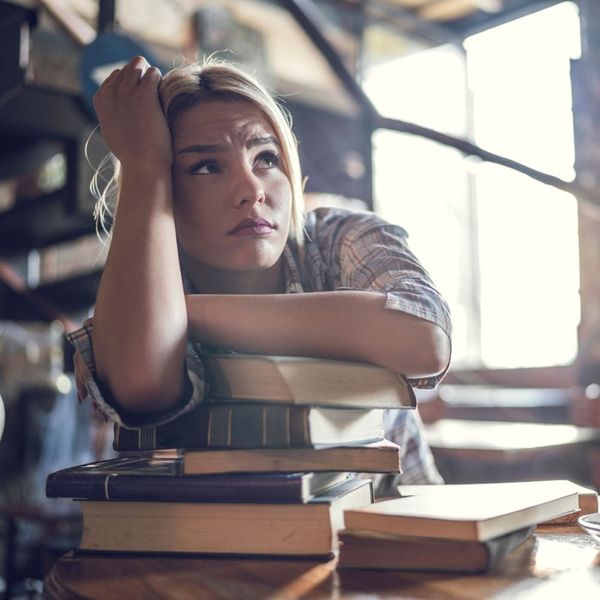 We’ve all been in the middle of a creative block so vast, you feel like you’ll never produce another painting, piece of jewelry, word or photograph again. And we all have our tricks for overcoming those uninspired feelings, whether it’s distracting yourself with something mundane, reading a new creativity book or scrolling through a newsletter for creatives. But have you ever thought about stimulating your brain with electricity!? We’re guessing no, but a new study out of Georgetown is trying to convince you otherwise.

Researchers found in the study, recently published in Cerebral Cortex online, that “safe levels” of electric stimulation to your brain can “enhance your capacity to think more creatively.” Georgetown psychology professor Adam Green and Dr. Peter Turkeltaub of Georgetown University Medical Center and their team used Transcranial Direct Current Stimulation (tDCS) to stimulate the frontopolar cortex, which is known to be associated specifically with creativity.

The research team applied tDCS while also giving the volunteers verbal cues to think creatively. They found that the pairing helped the subjects put together creative connections between words in ways they couldn’t without the stimulation.

Green says “we focused on creativity as a dynamic state that can change quickly within an individual when they ‘put their thinking cap on.'” He’s optimistic about the findings, saying they “offer the new suggestion that giving individuals a ‘zap’ of electrical stimulation can enhance the brain’s natural thinking cap boost in creativity.”

Save for artists queuing up at the lab during a particularly bad bout of creative block, there are practical, real-life applications to the study’s findings. “People with speech and language difficulties often can’t find or produce the words they need,” Turkeltaub explains. “Enhancing creative analogical reasoning might allow them to find alternate ways of expressing their ideas using different words, gestures or other approaches to convey a similar meaning.”

And while we’re pretty sure we don’t need to tell you this, Green cautions that administering electric currents to anyone outside a controlled medical environment is extremely dangerous. Noted, doc!

What are some ways you stimulate your creative center (sans electronic zaps)? Tweet us @BritandCo and let us know!

Megan Parry
Megan Parry is a lifestyle writer living in Philadelphia where she's making generous use of her library card, obsessively reading friends' natal charts, and learning how to differentiate between "dried apricot" and "juicy apricot" notes in wine.
science
Health
science study
More From Health