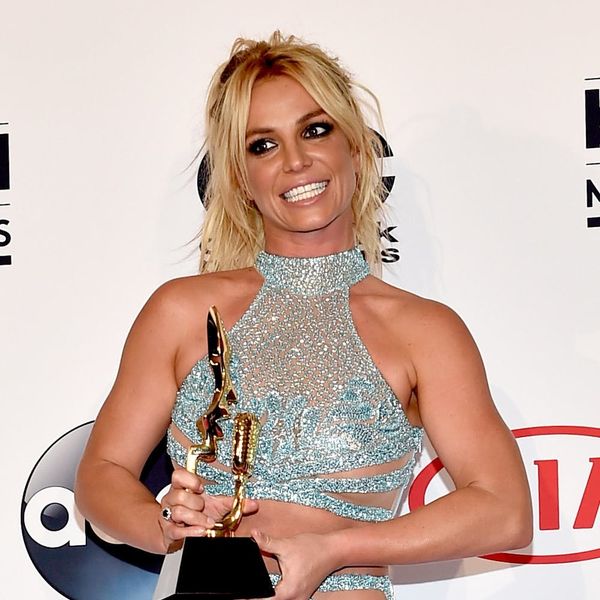 Taylor Swift is certainly having a rough time these days. While her ongoing feud with Kanye and Kim K is still raging on and news has gotten out that she’s been banned from Tom Hiddleston’s events, now Tay has been totally burned by one of the biggest ladies in the biz. Britney Spears, who is no stranger to questionable tributes (seriously, check out how this couple recreated Brit’s latest album cover), may have thought she was siding with Taylor in a certain way, when really (oof!) she totally burned the other singer in a very public fashion.

While being interviewed by Australia’s Kyle and Jackie O, Britney was blatantly asked if she would rather hang out with Taylor Swift or Katy Perry. Way to stir things up! Britney, apparently not at all in the mood to step away from the drama, decided that she’d “rather fly with Taylor.” Sorry, Katy!

"I briefly met @katyperry, so would rather fly with @taylorswift13 because I've never met her before" @britneyspears pic.twitter.com/2l0Mun8CiQ

While it first seems like Britney was perhaps throwing some shade Katy’s way (and we’re not saying she wasn’t) and even being nice to Taylor, it turns out her reasoning was a total burn. Britney opted for Taylor because she’s “never met her before.” Oh… um… the thing is, they have met. Twice! Awkward.

Check out Britney and Taylor hanging at the 2008 VMAs. Posing together at Tay’s request, it was a memorable moment for Swift. Not so much for Spears, who has totally forgotten about the meeting. Taken before the “i’ma let you finish” Kanye moment and preceding Taylor’s beefs with Katy, Kim and Calvin, this was definitely not a remarkable meet-up for the princess of pop.

Fans were quick to tweet that 2008 was actually the second intro between the ladies, as Taylor and Britney also apparently met when Tay was still a fresh-faced teen, but you can’t really blame Brit for forgetting about that (admittedly adorable) meeting.

What do you think about Britney Spears forgetting about her intro to Taylor Swift? Tweet us @BritandCo!

Desiree O
Desirée O is a ‘Professional Bohemian’ who loves anything and everything related to the arts, entertainment, and pop culture. She ADORES being a ‘Newsy’ for Brit + Co, covering all of the latest tidbits of awesomeness that you want to read about. When she’s not writing, she’s either making messy art, going on long adventurous walks with her camera, or poking around over at bohemianizm (http://www.bohemianizm.com/). You can find out about Desirée O and her work at http://DesireeO.com/ or follow her on Twitter @DesireeO.
Music
Celebrity News
Music Taylor Swift
More From Celebrity News