‘Buffy the Vampire Slayer’ Is Getting a Reboot — With a Twist 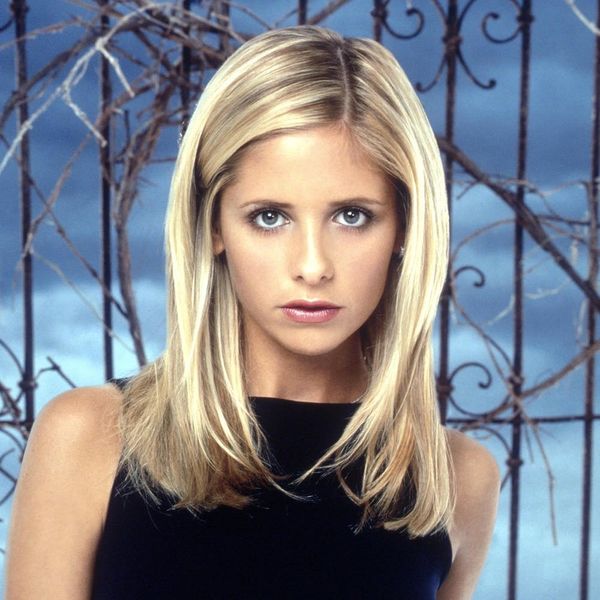 There’s been a lot of talk surrounding a possible Buffy the Vampire Slayer reboot, and now we have confirmation that it’s actually happening. 20th Century Fox Television has just hired a screenwriter to pen a revival based on the cult classic, which went off the air back in 2003.

According to The Hollywood Reporter, Monica Owusu-Breen, who worked with Buffy creator Joss Whedon on ABC’s Agents of SHIELD, has been tasked with writing the new show, which Whedon will executive produce. He’ll also be overseeing the creation of its script, which will include one major twist: Sarah Michelle Gellar’s iconic role will be taken over by a Black actress!

Back in March, while celebrating Buffy’s 20-year anniversary, Whedon said that he was open to bringing the show back to life, but also worried. “You have to meet expectations and adjust it for the climate, which is not easy,” he admitted. “You bring something back, and even if it’s exactly as good as it was, the experience can’t be. You’ve already experienced it, and part of what was great was going through it for the first time.”

That’s why, according to THR, the new take will feature many of the elements that fans of the OG version loved, but also incorporate modern touches, embrace today’s diversity, and address trending issues.

Although a network has yet to pick up the reboot (it will be offered up for grabs to streaming and cable platforms later this summer), Fox did say earlier this year that it would be interested if Whedon were on board, which he obviously is. Looks like this one could be hitting the airwaves sooner than we ever expected.

Are you excited by news of a Buffy revival? Tweet us @BritandCo!

Barbara Pavone
Barbara Pavone is a pop culture-obsessed writer based in beautiful (but ridiculously cold) Montreal, Canada. When she's not working, she's sipping on a Pimm's Cup and daydreaming about her celebrity hero, Saint West.
Nostalgia
TV
Nostalgia TV
More From TV