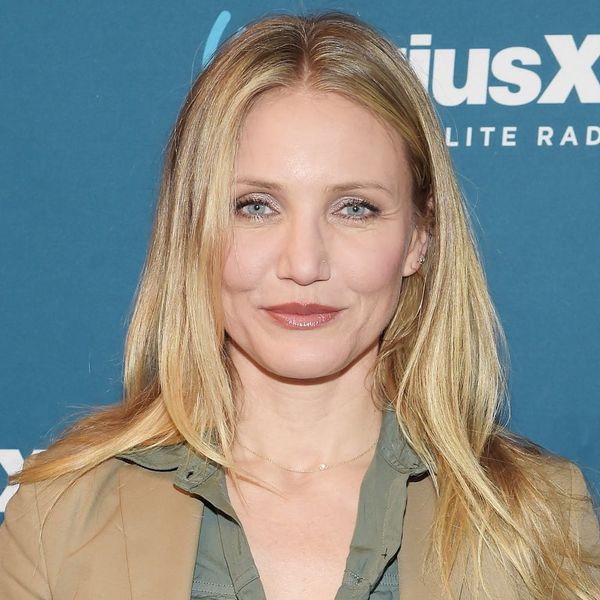 Earlier this month, rumors swirled that Cameron Diaz had quit acting after fellow actress Selma Blair said that the Charlie’s Angels star was retired. Blair later clarified that she was just joking, but it turns out she may have been right.

A quick recap: During an interview with Metro News, Blair reflected on The Sweetest Thing, the movie she did with Diaz and Christina Applegate in 2002. “We were reminiscing about the film,” the Cruel Intentions alum said of a recent lunch with the Body Book author. “I would have liked to do a sequel, but Cameron’s retired from acting. She’s like, ‘I’m done.'”

Her comments quickly made headlines, prompting Blair to address the chatter on Twitter. “Guys please, I was making a joke in an interview,” she told her followers. “CAMERON DIAZ is NOT retiring from ANYTHING. And for more breaking news: I am NOW retiring from being Cameron Diaz’s spokesperson.”

It looks like there’s some truth to the joke, though. Diaz said as much during a reunion with her Sweetest Thing costars for Entertainment Weekly‘s upcoming “Hollywood’s Greatest Untold Stories” issue. Asked whether they’d gotten together in the 16 years since filming ended, Applegate said no, which prompted Diaz to question why.

“I don’t know. You guys tell me. I see Selma,” Applegate replied. Blair explained, “Our kids are friends. Cameron?”

Diaz may have been out of the loop in the past, but she’s totally into being a part of the group moving forward. “Maybe I should, you know, I mean, I’m down,” she said. “I’m literally doing nothing.”

Applegate said the same was true for her, adding, “I’m literally doing nothing, too! I’m semi-retired, I haven’t worked for years. I’m a mom, that’s what we do. So I’m around, man.”

“That’s so awesome,” Diaz replied. “I’m totally down. I’m semi-retired, too, and I am actually retired, so I would love to see you ladies.”

Of course, it’s possible that she was just joking, too. In any case, Diaz hasn’t appeared in a film since 2014’s Annie. In her time away from the screen, she’s been living life happily married to Good Charlotte guitarist Benji Madden. She also released a second book, The Longevity Book: The Science of Aging, the Biology of Strength, and the Privilege of Time, in 2016.

It certainly seems like (semi-?) retirement agrees with her.

Would you like to see Cameron Diaz on screen again? Let us know @BritandCo!