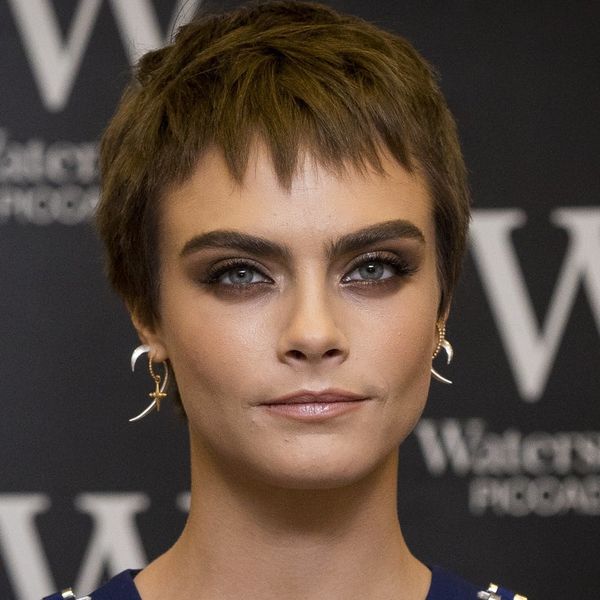 Just when we had started to forget about Kendall Jenner’s controversial Pepsi commericial, another supermodel ad has popped up to take its place. Jimmy Choo is now catching MAJOR heat after recently unveiling a holiday shoe campaign starring Cara Delevingne titled “Shimmer in the Dark” that many feel promotes sexist culture.

The 1:49-second clip features Delevingne, 25, walking through a crowded city in a bright red, itty bitty mini dress with a brand new pair of sparkly Jimmy Choo heel booties. As she sashays down the street, a man in a stairwell ogles her before whistling and saying, “Nice shoes, lady.”

She’s also called after a street vendor, who shouts out, “Hey great shoes!” as she walks away.

The internet was up in arms over the spot, which many feel promotes sexist rape culture, particularly in a time of sensitivity following the many sexual misconduct stories to surface in 2017.

Shit ads like these need to die in 2017. Who said doing a catcall ad was a good idea? @cindygallop @katgordon @thinktradigital

Perhaps now is not the best moment to run an ad about how cool and sexy catcalling is? https://t.co/8TK9huRHLL

Because being cat-called and harassed on the streets of NYC is just so cool, sexy and fun! Wow. Read the room Jimmy Choo!

Disappointed in Cara for agreeing to be in this campaign if I’m being really honest.

There were some, however, felt that it was much ado about nothing.

Jimmy Choo’s advert w Cara Delevingne does not glamourise & promote rape culture. A sparkly pair of shoes doesn’t urge somebody to have sex with someone w/out permission. It’s an advert about their campaign, & that their range draws attention. Ya’ll r so quick to fault everything

The new Jimmy Choo Ad does not promote rape! Grow up people!! It's an innocent comment designed to draw attention to the shoes… 🙃

While the ad was still visible on the brand’s YouTube page as of press time, it was removed from social media.

The Valerian and the City of a Thousand Planets actress has issued no response.

Do you think the ad was in poor taste? Let us know over @BritandCo.

Nicole Briese
Nicole is the weekend editor for Brit + Co who loves bringing you all the latest buzz. When she's not busy typing away into the wee hours, you can usually find her canoodling with her fur babies, rooting around in a bookstore, or rocking out at a concert of some sort (Guns N' Roses forever!). Check out all her latest musings and past work at nicolebjean.com.
Controversy
Style News
Controversy Shoes