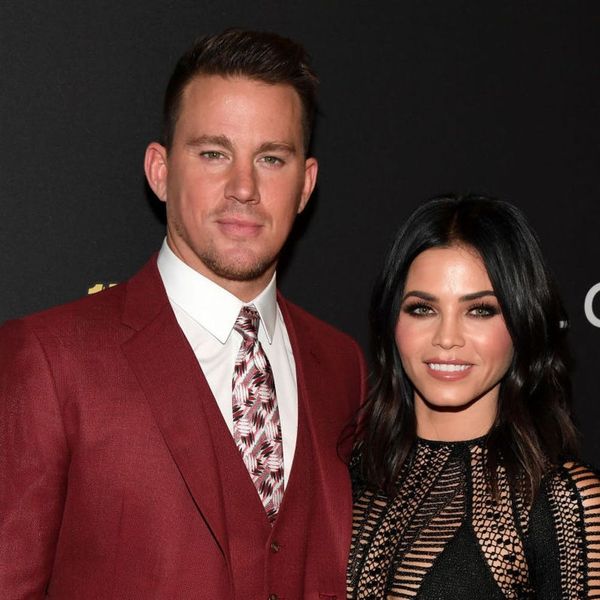 It’s no secret that Channing Tatum and Jenna Dewan Tatum are one of the cutest couples in Hollywood — just check out the Magic Mike actor’s tribute to his wife and their dreamy beach vacay pics as examples of why we adore their love so very much. We thought they couldn’t get any more swoon-worthy, but the pair have taken things up a notch by going absolutely wild for their anniversary.

While the Tatums could have celebrated eight years of wedded bliss by dining in the finest restaurant or heading to a secluded island paradise, they instead decided to trek into the wilderness, ending up somewhere in Michigan at a location so secret, Dewan Tatum isn’t allowed to reveal where it is.

“I call [Channing] Bear Grylls,” she revealed while chatting about the trip on Live With Kelly and Ryan. “He really loves being outdoors, in nature. So, we went on a wilderness camp with our daughter, which is in the middle of nowhere in Michigan. And I can’t even tell you where it was because that’s part of the deal. If you tell anyone, you can never come back.” Intense.

She added, “There’s no address, there’s no WiFi, there’s no service. There’s, like, one little internet cabin. It was really funny because we were like, ‘You know what? We’re going to enjoy this. We’re not going to have internet,'” she said. “The first day…you’re like, ‘I need to know my emails!’” (We totally relate.) She also admitted that while they tried their best to unplug, she and her husband ran into each other at the nearby internet cabin while they were supposed to be on solo nature walks.

Eventually, their four-year-old daughter, Everly, distracted them from their tech reliance. Together, the adorable family went fishing and sailing and “learned how to make s’mores.” So sweet.

What is your ideal anniversary getaway? Let us know @BritandCo!