Channing Tatum’s Birthday Was the “Best Day Ever” 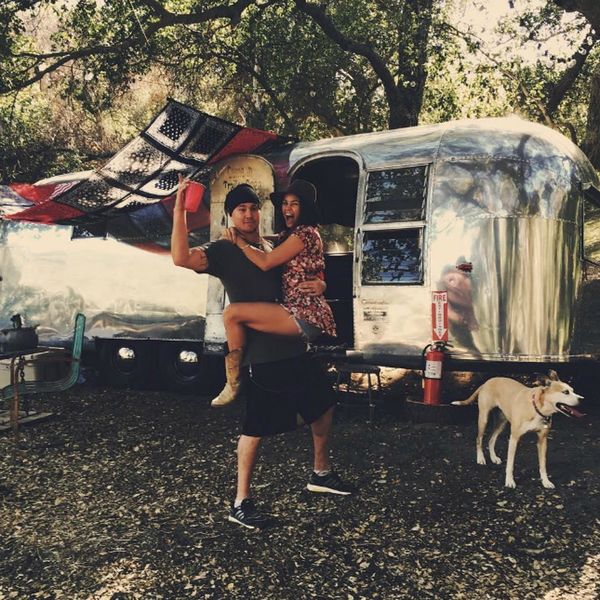 When you’re a celebrity, sometimes you just need to get away from everything and have a weekend getaway in the wilderness. That’s just what Channing Tatum, wife Jenna Dewan Tatum and daughter Everly did for his 36th birthday. And Channing declared it the “best day ever” via an Instagram video that he captioned “Braveheart paint by Evie, new rescue horse named Cajun on a sunset ride. Thanks for all the birthday wishes.” Last year, Channing introduced us to another rescue horse named Smoke, and in 2008, he also rescued a pit bull named LuLu. So we’re guessing he was pretty excited to get another rescue animal as a birthday gift.

Through a series of Instagram posts from both Channing and Jenna, it’s clear this family really did have the best day ever. Jenna offered up some sweet pics, including a photo of Channing captioned “My country boy,” a pic of herself on a tire swing and a snap of the couple with a heart-melting quote from Lao Tzu: “To love someone deeply gives you strength. Being loved by someone deeply gives you courage.”

This isn’t the first time the couple has publicly declared their affection for each other. (Remember that time Channing posted pics of his wife and called her his “light” and a “magical creature”?)

All this talk of a weekend away from city life sounds pretty good right about now. Until then, we’ll live vicariously through our fave celebs.

What’s the best birthday gift you ever received? Let us know @BritandCo.

Corie Hengst
Corie is a freelance writer, editor and self-proclaimed grammar nerd. Over the years, she has written and edited a variety of articles ranging from travel to finance to beauty. When she’s not writing, you can find her surfing travel websites, cooking and teaching at Gotham Writers’ Workshop in New York City.
Celebrity News