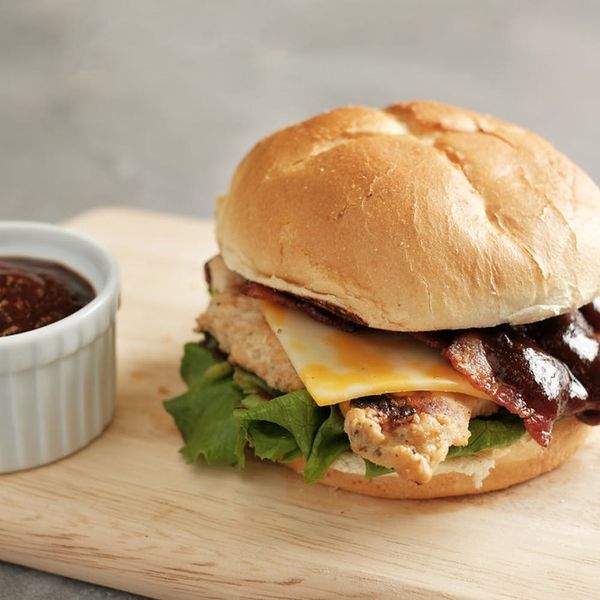 Chick-fil-A fans, get ready: The fast food chain has something new up its sleeve (and this time it’s not a weird Beyoncé-based joke). Instead, the company is debuting the first new chicken sandwich it’s launched in more than three years. And from the sounds of things, it was worth the wait: It’s smokey. It’s BBQ-y. It’s bacon-y. It’s the Smokehouse BBQ Bacon Sandwich.

Starting with its signature grilled chicken, Chick-fil-A is adding plenty of savory ingredients to top the new drool-worthy masterpiece, including bacon that’s been coated in a brown sugar pepper blend, Colby-Jack cheese, green leaf lettuce, and a zesty Smokehouse BBQ Sauce that was crafted special for the sandwich. With a new Hawaiian-style bun adding a little sumthin’ sumthin’ extra to the already delectable entrée, we can definitely see this being a new customer fave.

Available nationwide starting today and staying on the menu through August 19 (it’s only a temporary addition… for now), it’s the perfect choice for your summer hunger-based cravings.

BRB… we’ve got a date with the fil-A!

Do you like the sound of Chick-fil-A’s Smokehouse BBQ Bacon Sandwich? Let us know @BritandCo!

Desiree O
Desirée O is a ‘Professional Bohemian’ who loves anything and everything related to the arts, entertainment, and pop culture. She ADORES being a ‘Newsy’ for Brit + Co, covering all of the latest tidbits of awesomeness that you want to read about. When she’s not writing, she’s either making messy art, going on long adventurous walks with her camera, or poking around over at bohemianizm (http://www.bohemianizm.com/). You can find out about Desirée O and her work at http://DesireeO.com/ or follow her on Twitter @DesireeO.
Fast Food
Food News
Fast Food
The Conversation