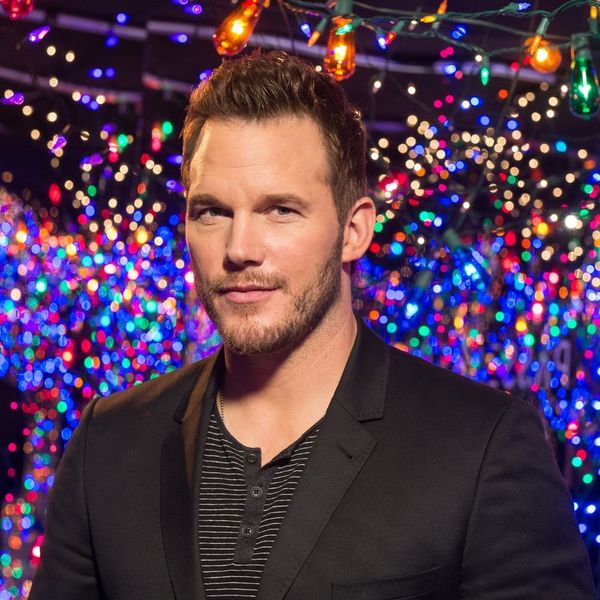 John Krasinski and Emily Blunt’s new thriller, A Quiet Place, is on nearly everyone’s must-watch list (including ours). The film has a 97 percent “fresh” rating on Rotten Tomatoes, and word-of-mouth has been great, too. Chris Pratt, for one, was so excited after seeing the movie that he filmed a video about it on his way home.

“I know that I’m not supposed to be driving and shooting a video at the same time, but I’m stuck in traffic,” Pratt said in the Instagram clip, which he posted on Sunday, April 8. “I just got out of A Quiet Place — you have to go see this movie! Just cancel your plans, stop what you’re doing, and go to the movie theater.”

In the thriller, which Krasinski also directed, a family is tormented by monsters who hunt by sound, which means the humans must live in complete silence. There’s been a lot of buzz around the film, both because of the story and because it’s Blunt’s first movie with her husband, and if Pratt’s Insta review is any indication, the hype is justified.

“I cannot tell you how freaking dope that movie is,” Pratt raved. “It will scare the crap out of you. It’s moving, it’s inventive. It’s unlike everything you’ve ever seen. I cannot endorse this movie enough. John Krasinski, Emily Blunt, two kids, freaky f*cking monsters. You just gotta go see it.”

And just in case his excitement wasn’t clear from the video, he added this in the caption: “HOLY CRAPPP!!!! Stop what you’re doing right now … AND GO SEE ‘A QUIET PLACE.’ It’s scary, moving, with amazing performances and a totally original idea. A+++ 97% on Rotten Tomatoes for a reason. Bring a friend.”

HOLY CRAPPP!!!! Stop what you’re doing right now ... AND GO SEE “A QUIET PLACE” it’s scary, moving, with amazing performances and a totally original idea. A+++ 97% on rotten tomatoes for a reason. Bring a friend.

Pratt isn’t the only star who raved about the movie on social media, though. Game of Thrones actress Maisie Williams called it “the best horror movie since It Follows,” and Ryan Reynolds said he’d already seen it twice since its release. “I’ve seen #AQuietPlace twice in one week. SEE THIS FILM! @johnkrasinski and #EmilyBlunt are my new parents,” he joked. “Congratulations, Ryan.”

I’ve seen #AQuietPlace twice in one week. SEE THIS FILM! @johnkrasinski and #EmilyBlunt are my new parents. Congratulations, Ryan.

Krasinski replied in kind, tweeting back, “Thank you, Son. Your mother and I are so proud.”

Thank you Son. Your mother and I are so proud. https://t.co/Kp2rypLifd

Have you seen A Quiet Place yet? What did you think? Let us know @BritandCo!