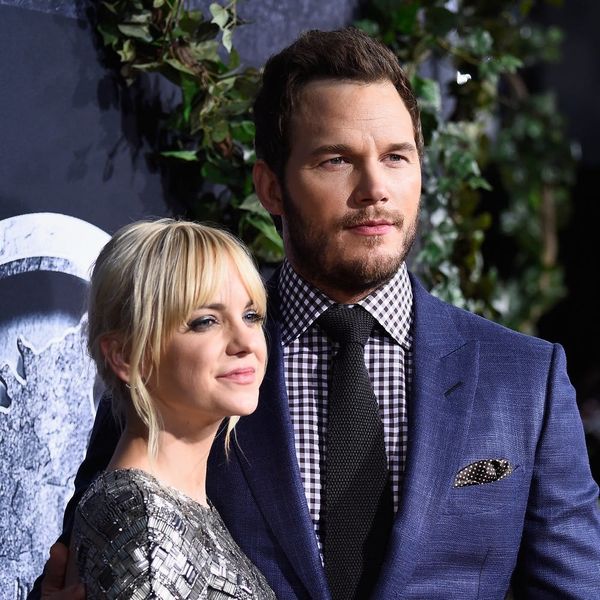 Proving once again that they’re the cutest family in Hollywood, Chris Pratt has posted videos showing his wife Anna Faris and their son, Jack, watching the Olympics, and it’s going to make you fall in love with ‘em even more. We know, it’s hard to believe that’s possible after seeing Chris and Anna’s crazy cute wrestling moves and Jack being the sweetest toddler ever while finding a rainbow (OMG that smile!). Now, as Team USA competes for gold, the Pratt-Faris fam (along with the rest of the country) is with the athletes every step of the way.

The first video that Chris posted to Instagram shows Anna with Jack on her lap, the adorable duo watching Simone Biles’ gold medal gymnastics performance on the uneven bars with the caption, “We are so proud of our Olympic athletes! Way to go guys! You have us on the edge of our seats! We’re so proud of all of you.” Though there’s no sound, we can see Anna talking with Jack, who is definitely interested in the Olympic games.

(Side note: Take a peek at that amazing view out the window!)

The second video is all about Anna and her super-adorable emotional response to Katie Ledecky’s epic world-record smashing swim. With Anna sharing her own sentiments via the vid — “Katie, I cannot thank you enough for doing our country proud, doing our gender proud. I am just so thrilled. Congratulations. You made my heart swell tonight.” Then as the camera swings to the TV to capture Katie’s win, Anna’s bursts out with a “Woohoohoo! Aaah-haaa!” and Chris chimes in with “GO USAAAAAAA!”

The adoring hubby and dad (as well as sports fan) also added the caption, “Wow!!! These American athletes are moving us to tears! Feeling so proud! #GoUSA #GoWorld! #rio #ledecky #gold”

(Another side note: Is that the crackling of a cozy fire we hear in the background? Could this family and their home be any more perfect?!)

Having you been cheering (and/or been as emotional) as much as Anna & Chris? Tweet us @BritandCo!

Desiree O
Desirée O is a ‘Professional Bohemian’ who loves anything and everything related to the arts, entertainment, and pop culture. She ADORES being a ‘Newsy’ for Brit + Co, covering all of the latest tidbits of awesomeness that you want to read about. When she’s not writing, she’s either making messy art, going on long adventurous walks with her camera, or poking around over at bohemianizm (http://www.bohemianizm.com/). You can find out about Desirée O and her work at http://DesireeO.com/ or follow her on Twitter @DesireeO.
Olympics
Celebrity News
Olympics