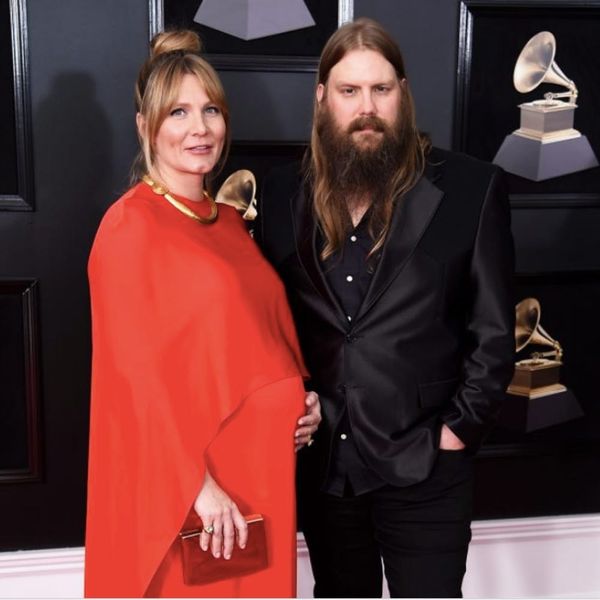 Chris Stapleton may be thrilled by the fact that he was just nominated for five 2018 Billboard awards, but he has another reason to celebrate this week: The country singer and his wife, Morgane, have “finally” taken their newborn babies home from the hospital after making their big arrival into the world well before their due date.

Morgane took to Instagram on Tuesday, April 17, to share a beautiful black and white image of herself and her two new sons, adding the caption, “Thank you for all the love! We’re so grateful to finally be home with our sweet family.”

She continued, “We would like to say a special thank you to all the incredible nurses & doctors at Centennial Women’s & Children’s Hospital in Nashville. At more than a month early, we had a week-long stay in the NICU & the incredible people there kept our boys healthy & happy. Words cannot express our gratitude for you all & what you did for our family. From the bottom of our hearts, thank you! ♥️♥️”

Chris also used social media to share his gratitude to his fans as well as to thank a famous friend who wound up being the first to share the news of the babies’ birth: Reba McEntire, the host of Sunday’s ACM Awards in Las Vegas. Despite being nominated and eventually winning the awards for Male Vocalist of the Year and Album of the Year, Chris was unable to attend the Awards due to the twins’ surprise arrival, which McEntire announced to the whole crowd.

“Those little rascals came a little bit early,” McEntire told the audience, who responded with a cheer. “Hot off the press: twin boys.”

Chris posted a clip of that moment and added the message, “Thank you for sharing our good news @Reba! We couldn’t have dreamed up a better day. Morgane & the boys are doing great & we appreciate everyone’s support!”

Chris and Morgane Stapleton have been married since 2007 and are already the parents of a son and a daughter. However, the pair has chosen to keep details about their older children’ private, which means we likely won’t be finding out what names the two new additions have been given.

Was your baby born early? Let us know @BritandCo!