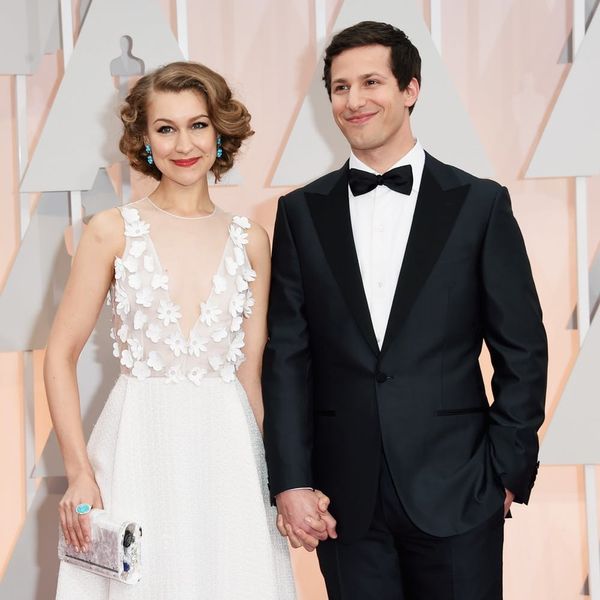 It’s a girl! Andy Samberg and wife Joanna Newsom welcomed their first child after keeping the pregnancy completely out of the public eye, Us Weekly confirmed. The new parents have decided to keep details about their daughter — including her name and birthday — private.

Samberg and Newsom married in September 2013 at Big Sur’s Post Ranch Inn after five years together. As Samberg explained to Howard Stern in May 2016, his fellow SNL alum Fred Armisen introduced the couple backstage at a music festival. Samberg was “blown away” by Newsom’s musical talent, and the admiration was mutual; the harpist recognized the Lonely Island performer from one of his videos. “Apparently musicians think comedians are the coolest,” he said.

Although they’ve been together for quite some time, they were never in a rush to have children. In January 2016, the Brooklyn Nine-Nine lead told reporters that he didn’t feel any extra pressure to start a family just because his friends Seth Meyers and Justin Timberlake were dads. However, Samberg did kind of foreshadow their new bundle of joy’s arrival, admitting at the time, “I would love a baby someday.”

We can’t wait to hear his dad jokes. Congrats to the happy family!

Do you have any funny dad jokes for Andy Samberg? Tell us @BritandCo!

Alissa Schulman
Alissa is a Los Angeles-based entertainment journalist who finds no shame in her bad TV tastes. When she's not hiding behind her laptop, she's ordering too much food at restaurants or running around her neighborhood.
Celebrity Baby
Celebrity News
Celebrity Baby