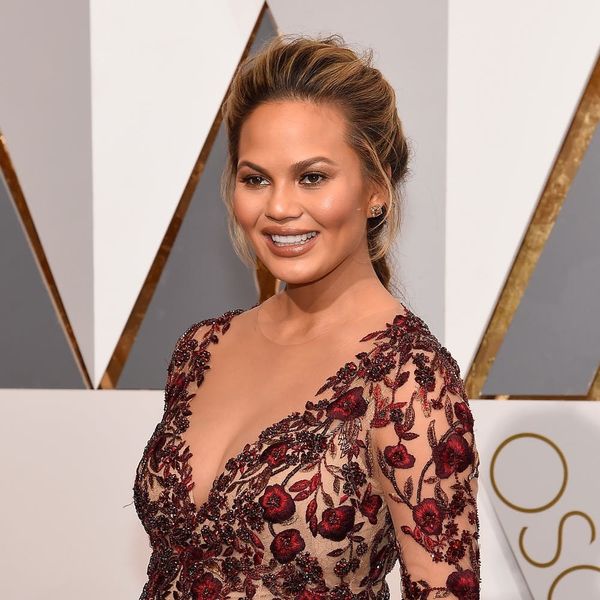 Last night, our girl Chrissy Teigen was on The Late Show with Stephen Colbert to promote her new cookbook, Cravings. It was during this time that our darling purveyor of crazy-indulgent recipes ‘fessed up to getting a little baby-naming advice from a certain BIG DEAL CELEB.

While demo-ing her recipe for Vietnamese summer rolls, Chrissy admitted that despite being only six weeks out from her due-date, she and hubby John are having a tough time deciding on a name for their baby girl.

“We change it all the time, so if you have any suggestions…” she said before admitting, “I asked President Obama if he liked one of our name choices, and he said he did. But I realized I should’ve come up with two, so he could pick one.”

To which Colbert asked, shocked: “You let the president pick the name of your child?”

Lolololol! We love her so much.

She added: “I wanted to ask him because John isn’t sold on the name, so I figured if he liked it then John would be sold on it.” Smart! She then went on to whisper the name choice into Colbert’s ear, and he responded with total approval.

At any rate, we know that no matter WHAT Chrissy (or Barack) chooses to name baby Teigen-Legend, it’ll be super adorable, totally meaningful, and we will love it.

Would YOU let the president name your baby? Tell us @BritandCo!

Kelli Korducki
Kelli is Brit + Co's Senior News Editor. Her interests include sensible footwear and glasses that take up 25 percent of her face.
Celebrity News
More From Celebrity News