Chrissy Teigen Chose to Have a Girl for the Sweetest Reason 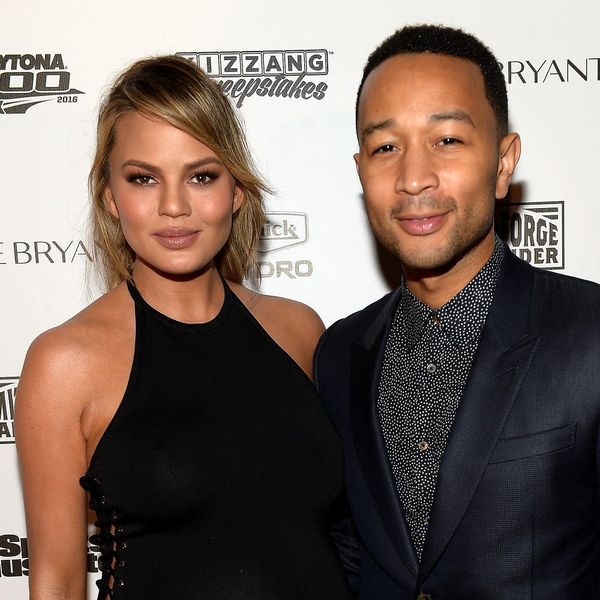 Having a baby and becoming new parents is certainly a miracle, but that doesn’t mean science can’t have a helping hand in the process once in a while. Adorably excited soon-to-be-parents Chrissy Teigen and John Legend have been very open about their trouble having kids, the fact that they used IVF treatments to help them conceive and that they were able to choose the gender of their first little one.

“I’ve made this decision,” Chrissy told People. “Not only am I having a girl, but I picked the girl from her little embryo. I picked her and was like, ‘Let’s put in the girl.’” Wowza!

The process of choosing a child’s gender may still be a little controversial, but you can’t help but be swayed by the reason the first-time-mom made her decision.

Chrissy has given hints that her and John’s little girl will be coming around April or May — when ET reported that she said at La Mer’s Celebration of an Icon party in Los Angeles, “It was going to be April and now it’s February. We’re going to shove it out, because I can’t travel in April anymore” — which means the excitement is surely growing as quickly as the baby.

Would you want to choose the gender of your baby? Tweet us @BritandCo!

Desiree O
Desirée O is a ‘Professional Bohemian’ who loves anything and everything related to the arts, entertainment, and pop culture. She ADORES being a ‘Newsy’ for Brit + Co, covering all of the latest tidbits of awesomeness that you want to read about. When she’s not writing, she’s either making messy art, going on long adventurous walks with her camera, or poking around over at bohemianizm (http://www.bohemianizm.com/). You can find out about Desirée O and her work at http://DesireeO.com/ or follow her on Twitter @DesireeO.
Pregnancy
Celebrity News
Pregnancy