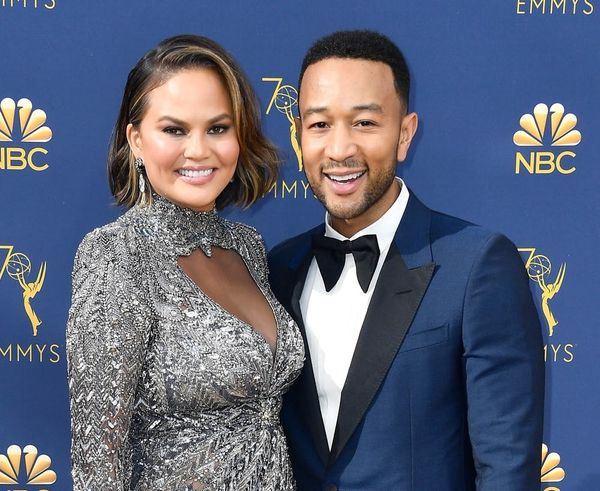 Chrissy Teigen is frequently known to take internet trolls to task, and during Monday night’s 2018 Emmy Awards, she shut down one person who was backhandedly body-shaming her.

A Twitter user shared a photo of Teigen and her EGOT-winning husband John Legend walking the red carpet, asking “with the utmost [respect]” if the supermodel was pregnant again. A short time later, Teigen — who looked nothing short of stunning in her metallic Zuhair Murad Couture dress — saw and responded to the tweet.

“I just had a baby but thank you for being soooo respectful,” she sarcastically replied to the tweeter, who had tagged her account in the original post.

Teigen and Legend welcomed their second child, son Miles, just four months ago, three weeks earlier than expected. Both Miles and the couple’s 2-year-old daughter Luna were conceived via IVF, a process the couple have shared openly with fans.

The body-shaming comment wasn’t the only criticism the cookbook author dealt with on her timeline during the show, either — and her husband even stepped in at one point.

One Emmys viewer, a TV news anchor, tweeted that Teigen was “beautiful” but asked, “Does she have to be included in everything just because she’s married to John Legend?” The user later deleted the tweet, but not before Legend popped into the replies to issue a clapback of his own, saying, “A reporter who doesn’t know how to use Google. How sad.”

What do you think of Chrissy’s response to the pregnancy comment? Let us know @BritandCo!