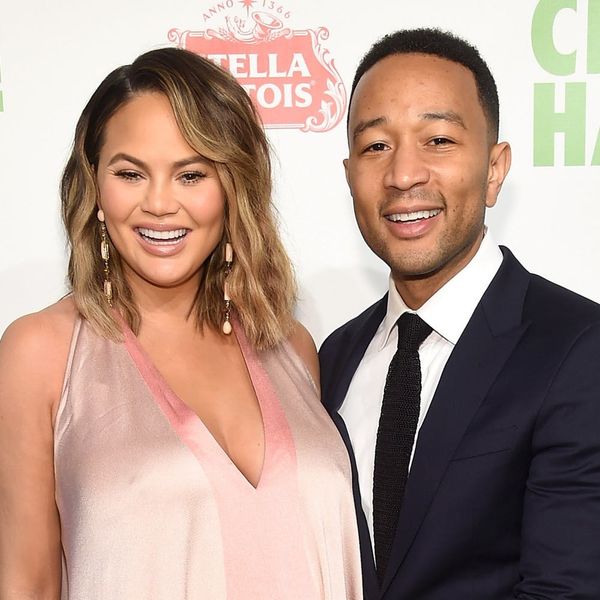 “Somebody’s herrrrrrre!” she told her followers, including a string of baby bottle and happy-hands dancing emoji. Legend retweeted his wife’s announcement, but neither has provided any further details, including a name, which the couple admitted they were having trouble coming up with.

Just one week ago, the model admitted on social media that she was “over” being pregnant. “Wanna hold my boy let’s do thisssssss,” she wrote.

The new bundle joins big sister Luna, who just turned 2 and who helped her parents make the announcement that they were expecting. In an Instagram video in November, the proud big-sister-to-be adorably said “Baby!” as Teigen gestured to her belly. In January, the couple revealed they were expecting a baby boy.

Both Luna and the new baby were conceived via IVF. Teigen has always been open about her fertility struggles — as well as her postpartum depression — and in October, she told InStyle that she was ready to try for baby number two with what was their last viable embryo from the fertility process. The proud new parents haven’t shared whether they would consider additional fertility treatments in the future, but Teigen also told InStyle that she would “definitely adopt or have foster children” in the future.

Do you have any name guesses for Chrissy Teigen and John Legend’s new son? Let us know @BritandCo!