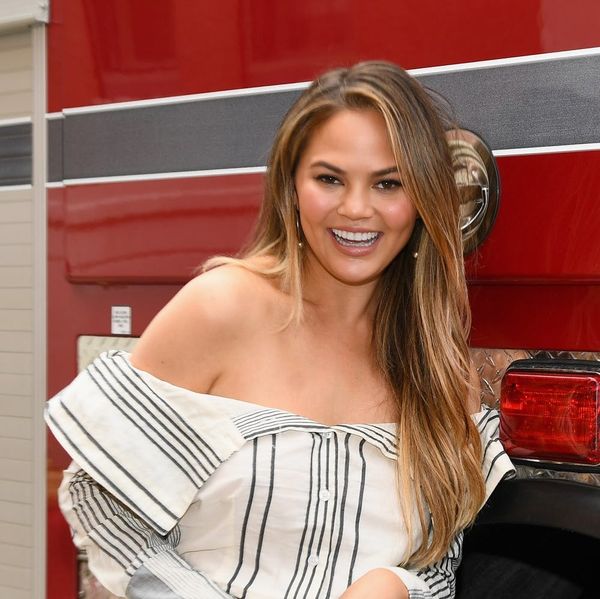 Even with a loyal fanbase, Chrissy Teigen has always had her detractors, and the actress and model found that out the hard way after discovering an entire online forum dedicated to people trash-talking her. While she remains open and honest about the effects of postpartum depression and her struggles with alcohol over the last few years, a group of people are hiding behind the anonymity of the internet and lambasting her about these struggles and more, proving that as a society, we have a long way to go against bullying.

I dunno how you can be this mean. pic.twitter.com/A32mYZE5oh

“I dunno how you can be this mean,” Teigen said, sharing screencaps of heart-breakingly rude comments about her. Included in the missives, people are complaining about her political involvement, the clothing she wears, and even her and husband John Legend’s inability to conceive without IVF. One anonymous poster even calls her depression “overly melodramatic.”

While Teigen is the current target for this sort of online bullying, she’s not the only one, nor is this anything new. One 2014 study suggests that more than 40 percent of adults have been the victims of online bullying. This happens in many different demographic groups, but seems to be the worst when women gang up on and attack other women.

But why are we so predisposed to hurt one another? According to therapist Dr. Jill Weber on Psychology Today, woman-to-woman bullying can be rooted in our own fears in society, and as a way to feel elevated when we otherwise feel hopeless. When women buy into a beauty ideal that they cannot attain, for example, it’s easier for them to call someone else “too fat” or “too skinny” to make ourselves feel better than to simply unlearn the unfair beauty standards currently ruling in society.

It’s important to remember that regular folks aren’t immune to the kind of online vitriol that Chrissy Teigen is reporting. It’s been well documented that online mom-shaming is a super common experience among many women with children. With every single move moms make being questioned online, how can we, as women, break down the stereotypes we’ve been fighting hard against over the last 50 years?

One thing that is clear is that the best way to break down bullying is to call it out. With women being bullied online, at work, and even within friend groups, it can be hard to break out of the cycle, but the more we see the ugly side of the internet, hopefully, the more we’ll be able to recognize and shut down bullying.

We’re all in this together, and the best way to make a difference in the world is to support each other.

Have you ever called out bullying? Tell us how it went @BritandCo!

Kat Armstrong
Kat has been a writer, social media maven and mom for longer than she's willing to admit. She's also spent time in front of and behind the camera, interviewing celebs, politicians and acting as a producer for fashion and artistic photography shoots. When she isn't writing for various orgs and publications, she's hanging with her kids, husband and French Bulldog, Peter, in Toronto, Canada.
Chrissy Teigen
Current Events
Chrissy Teigen
More From Current Events