Chrissy Teigen Says She Was “Drinking Too Much”: “I Have to Fix Myself” 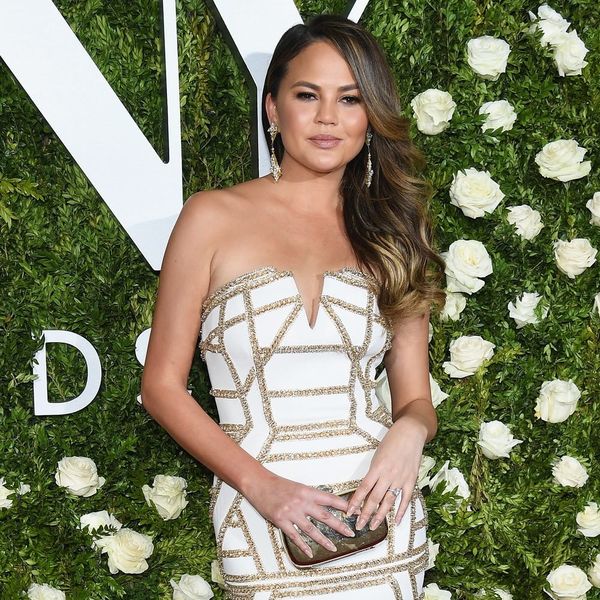 Chrissy Teigen is known for her honesty and openness with fans, having previously shared her fertility struggles and her battle with postpartum depression after welcoming daughter Luna with husband John Legend. And now the famous model and mother is opening up about another personal challenge: her alcohol use.

“I was, point blank, just drinking too much,” Teigen said while chatting with Cosmopolitan at the inaugural Chase Sapphire Sundays: Brunch With Chrissy Teigen event, where, according to the magazine, she sipped Red Bull instead of rosé.

She explained that alcohol was (and still is) pretty much always around and offered casually. “I got used to being in hair and makeup and having a glass of wine. Then that glass of wine would carry over into me having one before the awards show. And then a bunch at the awards show,” she said. She later added, “I don’t know how to go to an awards show and not drink.”

The drinking became a source of regret. “I felt bad for making kind of an ass of myself to people that I really respected. And that feeling, there’s just nothing like that. You feel horrible. It’s not a good look for me, for John, for anybody.”

She also revealed to Cosmo that there’s a history of alcohol abuse in her family, and that she’s the kind of person who “can’t just have one drink.”

Though people around the 31-year-old weren’t necessarily worried — “They just assumed that it was okay because I always felt okay the next morning” — Teigen said she “knew in [her] heart it wasn’t right.” So she decided to take control. “I don’t want to be that person. … I have to fix myself,” she told Cosmo.

The Lip Sync Battle cohost, currently on medication for postpartum depression and anxiety, is now trying to reset her health through wellness retreats and vacations with her family. During a recent trip to Bali, she cut out alcohol completely. It was “really, really wonderful. I would wake up feeling amazing,” she recalled. “I was just so happy.”

What do you think of Chrissy Teigen’s openness with fans? Let us know @BritandCo.