This Is the Surprising Source of Most Mom-Shaming 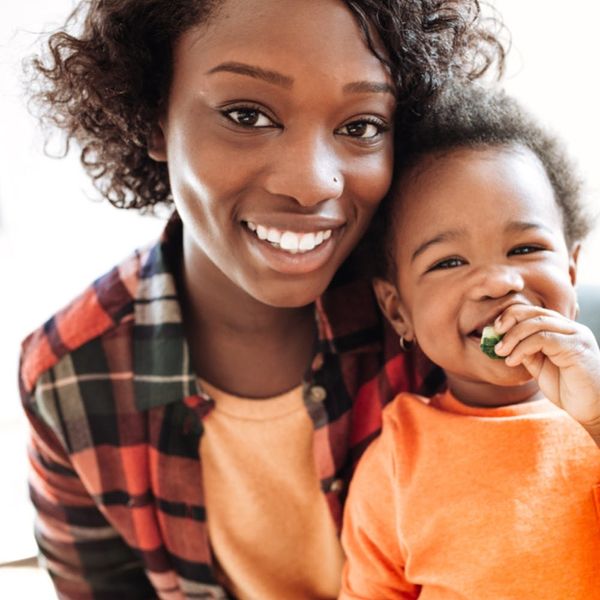 Haters: They’re everywhere. Online, at the playground, in PTA meetings… suspiciously snarking outside of preschool pick-up. Let’s face it — mom-shaming is a major part of parenting that’s probably inescapable for most of us, and it sucks. Oh, but it’s not just happening to you and the rest of us regular ol’ mamas. Celebs like Chrissy Teigen and Kim Kardashian aren’t out of the mom-shamers’ reach either. A new study from the CS Mott Children’s Hospital National Poll on Children’s Health sheds some light on this parenting problem.

It’s in the Numbers

Science has something to say about the spread of judginess among mothers. Well, maybe not science in general. But the CS Mott Children’s Hospital survey certainly does. More mothers than not say they’ve been criticized about their parenting choices. That’s 61 percent of mothers of children up to age five, according to the poll. Looks like mom-shaming has become a popular activity. So if you’re feeling alone, don’t!

With roughly three-fifths of surveyed moms feeling like they’ve been criticized, you may start to wonder just who is doing all this shaming. We’ve all seen the trolls commenting on FB posts and articles online. But that’s not where the judging ends. Instead of being judged primarily by strangers who hide behind the anonymity of a keyboard, it turns out that more than a third of mothers are criticized by their child’s other parent. Whoa.

Of course, almost the same percentage of mamas feel judged by their own parents. Yep, apparently, the criticism doesn’t magically stop at age 18 — or even when you become a “real” adult complete with a home and a family of your own. After the woman’s own parents and her other half come her in-laws, with just under a third of surveyed moms reporting criticism from their partners’ folks. It’s not exactly a surprise that the MIL would be one of the more critical people in a mom’s life.

The stats on other mothers are kind of surprising. While it might seem like the parenting sphere is jam-packed with fellow mamas who love to shame, only an eighth of women say they’ve been criticized IRL by other mothers they meet. That number falls to a mere seven percent for social media comments — which is actually a bit lower than the eight percent who feel judged by their child’s health care provider.

An overwhelming 70 percent of mothers surveyed reported discipline as a topic of criticism, which we guess isn’t completely shocking. It seems like there’s a new behavioral strategy, discipline method, or parenting plan making the rounds almost every day. That makes finding the “right” one more than tricky, and it looks like we’re all being judged for that. Discipline is followed by diet/nutrition at just over half, sleep at 46 percent, breast vs. bottle-feeding at about two-fifths, safety at one-fifth, and childcare at 16 percent.

With all of this criticism going on, you might start thinking, “Geez, all of us mamas are certainly getting some good, useful advice.” Right? Well, not really. A whopping 62 percent of mothers feel that the advice they’re getting is unhelpful. On top of that, a majority of those polled think moms are being blamed too much and aren’t getting enough credit for their kiddos’ behavior.

While the poll doesn’t put a reason out there for all of this shaming (maybe it’s just human nature), it’s still an eye-opener. No one ever said that parenting was easy. So maybe we all need to back off and support each other — especially when our partners, parents, and in-laws aren’t!

Do you feel your parenting gets judged? Tweet us your mom-shaming moments @BritandCo!

Erica Loop
Erica Loop is a freelance writer living in Pittsburgh. When she's not busy creating kids' activities for her blog Mini Monets and Mommies, you can find her trying to hang out with her teenage son, being chased by her two Olde Boston Bulldogs or teaching a children's karate class (she's a third degree black belt!).
Family
Parenting
Family Healthy Living Mental Health study
More From Parenting

This Mom of 6 Couldn’t Find Characters Who Looked Like Her Daughters, So She Created ‘Princess Cupcake Jones’

14 Toys and Books to Give Kids a Little “Quiet Time”

Brit’s Playbook for Organizing a Pandemic Pod This Fall