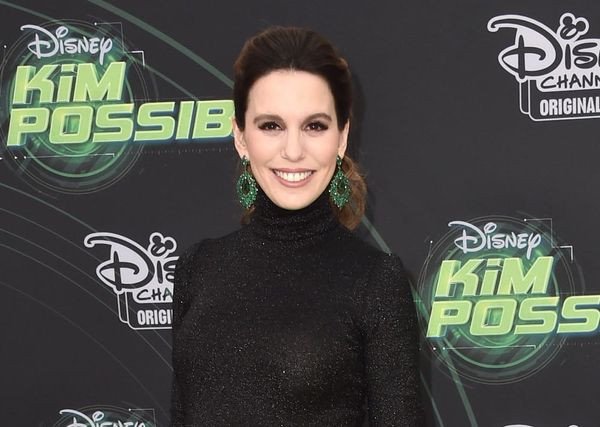 Christy Carlson Romano is officially a mom of two! The Disney Channel star and her husband, Brendan Rooney, welcomed their second child, a baby girl, earlier this week, and just shared the good news with fans on social media.

Little Sophia joins big sister Isabella, 2, and according to mom, the newborn is already adored by her toddler sibling. “@thebrendanrooney @isabellavrooney and I love you infinitely,” she gushed in her post. “We are already marveling at your grace and beauty, just like when your sister was born. We cannot wait to watch our bright shining stars journey down the path of sisterhood together.”

The proud mom also shared a sweet first snap of the family’s newest addition. In the pic, the newborn’s little feet are shown sticking out from under a cozy bundle of blankets.

Romano, who is best known for her role on Even Stevens and as the voice of Kim Possible, announced that she was expecting her second child back in August. “@thebrendanrooney and I are thrilled to announce that we’re expecting again!” she captioned a photo of herself and Rooney with a sleeping Isabella. “Don’t tell her she’s gonna have to share her toys soon!”

Just days before giving birth, the actress and her husband walked the “green” carpet for the new Disney Channel Kim Possible reboot movie. Romano voices the character Poppy Blu in the film.

What do you think of little Sophia Elizabeth’s name? Let us know @BritandCo!