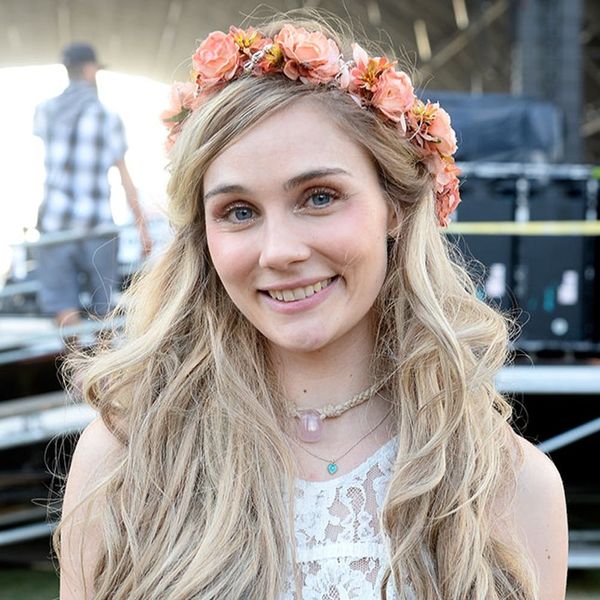 More often than not, people are simply bored and feeling in need of a fresh ‘do when they make a major change to their hair. When a celeb changes their hair, whether they seriously snipped inches (or feet!) or dyed it a new hue, these changes are often buzzed about. But Nashville’s Clare Bowen just debuted a major haircut, and it wasn’t simply because she wanted to switch up her look. Rather, her new ‘do has a heartfelt and powerful message.

Clare Bowen’s haircut isn’t because she’s trying to stay on top of the latest trend; it’s because when she was four years old, she was diagnosed with end stage nephroblastoma, or Wilms Tumor. Her diagnosis led her to receive experimental treatments in hope something would save her life, and it did. Clare survived. She explained in a touching Facebook post that, despite her beating the odds, others in her situation aren’t so lucky. She still remembers the children in the hospital with her when she was ill — each of their illnesses manifesting itself in different ways — and wanted to do something meaningful after hearing the story about a certain little girl who was also hospitalized for cancer.

The little girl believed she couldn’t be a princess because she couldn’t grow the flowing long locks we think of the princesses having in fairy tales :( Clare was so saddened by this statement and moved to do something about it, after consulting with ABC (the network that Nashville is on), she figured out a way that would allow her character Scarlett to change her hair on the show and allow Clare to make the chop IRL.

Clare shared this image of her fresh pixie cut along with the message that “it’s just hair,” and she’s so right. Hair grows back. The message this sends, however, is what’s important. She looks amazing (seriously, short hair really suits her), and hopefully her cut helps change the mind of that little girl (and people everywhere) that you don’t need long hair to feel like a princess.

What do you think of Clare’s ‘do and the meaning behind it? Share your thoughts in the comments below.

Beth Wischnia
You can typically find this Texan writing, trying on a new lipstick, gabbing with her identical twin sister or volunteering at the local animal shelter. She finds inspiration from rosé, beauty products, Tex-Mex and cats.
Celebrity Hair
Beauty
Celebrity Hair