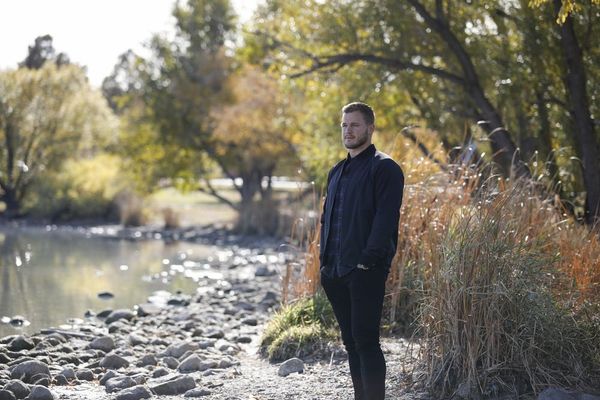 The moment Bachelor fans have been waiting for all season finally happened on Monday, March 4, when Colton Underwood had a meltdown and decided to leave the show by jumping over a fence. We knew it was going to happen, but we couldn’t have predicted the wild chain of events leading up to it. Read on to find out everything you need to know about Colton’s jaw-dropping, fence-jumping exit.

1. When He Jumped the Fence: Producers had been teasing the dramatic moment since before season 23 even started, and it finally happened in episode nine. But first, fans had to watch the Bachelor and his three remaining ladies — Tayshia, Cassie, and Hannah G. — travel to Algrave, Portugal, for the highly anticipated fantasy suite dates. The fence jump happened at the end of the episode, after approximately one-and-a-half fantasy suite dates. Which brings us to…

2. What Led to the Jump: During Colton and Cassie’s date in Portugal, the Bachelor admitted to Cassie that her father hadn’t given his blessing for an engagement at the end of the season. Cassie was clearly thrown by the revelation, especially when her dad showed up (in Portugal!) to talk with her directly about the situation. He told Cassie she couldn’t force the relationship if it wasn’t right, which made her doubt her feelings for Colton — to the point where she decided she needed to leave the show. When she broke the news to Colton that night, he did everything he could to convince her that she just needed more time, including telling her he loved her and wanted to be with her in the end. But in the end, she left anyway, and Colton decided that he was done, too.

3. How Chris Harrison Got Involved: As is typical in these situations, Chris Harrison was called in to help Colton calm down. But before he could get there, the former football player launched himself over the fence. Harrison was shocked, saying, “He just jumped the f*cking fence.”

4. The Actual Jump: Harrison talked about the impressive physical feat back in December, telling Us Weekly, “To the actual athletic accomplishment of the fence jump … you have to understand, the fence was about 6-foot-5, 6-foot-6. He did not touch the fence or touch the top of the fence after his feet left the ground. Go try that! Spoiler alert, I did try it later.”

5. What Happened After the Jump: After Colton jumped the fence, Chris Harrison and several crew members followed on foot in an attempt to track him down. But in the complete darkness of the Portugal night, Colton was nowhere to be found.

6. What’s Next: While episode nine ended with Colton’s dramatic exit, a preview for the rest of the season showed the cameras catching up with him. And it looks like we should expect a lot of tears, from both Colton and the two women still left on the show, Tayshia and Hannah G.

7. What Colton Has Said About the Jump: According to People, Colton addressed the jump during the taping of the “Women Tell All” special. Asked when he knew he was just “done,” he told Harrison, “It was when I was walking up into the Fantasy Suite by myself. Having the time to myself … I realized I’ve been pushed pretty hard. As much as I say this was the best thing for me, it was a challenge, too, at times. I would say having that alone time and realizing I needed more of it.”