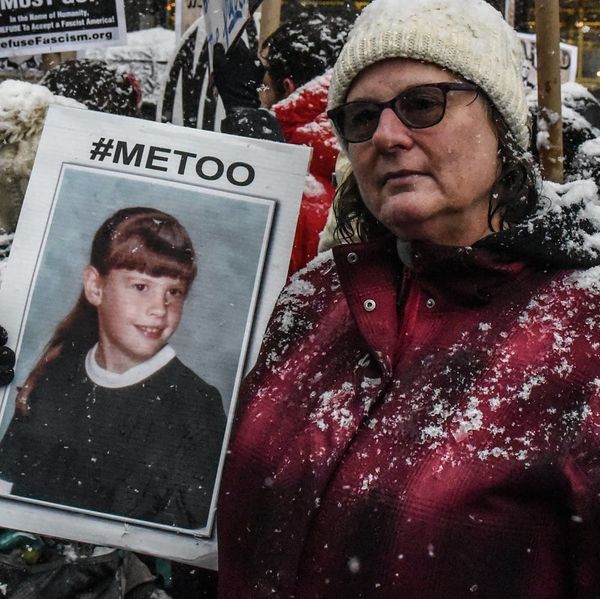 Hollywood awards season kicks off Sunday with the Golden Globes and promises to bring with it an avalanche of showy support for everything #MeToo. But while the stars show up on the red carpet in black, eager to support the recent public exorcisms of sexually inappropriate behavior, some women are privately doubting where things may be headed — at least, according to a controversial editorial published Friday in the New York Times.

In the editorial, critic and novelist Daphne Merkin ponders whether it’s time to drop what she considers to be the politically correct automatic outrage to every new harassment charge. She further adds that in private, many women’s reactions are a bit more complicated.

“Grow up; this is real life,” Merkin says she hears her feminist women friends say when a new charge has been dropped. “Whatever happened to flirting?” and “What about the women who are the predators?” She adds that “Some women, including random people I talk to in supermarket lines, have gone so far as to call it an outright witch hunt.”

Merkin goes on to question whether what we now define as harassment is always worthy of career-destroying public shaming: “Shouldn’t sexual harassment, for instance, imply a degree of hostility?” Writes Merkin. “Is kissing someone in affection, however inappropriately, or showing someone a photo of a nude male torso necessarily predatory behavior?”

While it’s possible that some people were cautious to show support for the essay on social media, many more were vocal about their frustration and disappointment with the op-ed:

Daphne Merkin is basically Exhibit A for women who are so damaged by the patriarchy, that their first concern about Me Too is that it might make men perceive women as weak. https://t.co/1bZRvzowpk

kinda crushed by this. You're one of my favorite authors, but you missed the mark here. I'm a survivor of assault and happy to explain to you about all the ways I'm not a frail Victorian housewife.

Speak for yourself. I have none of the misgivings described in this take. Stop putting the careers of men you don't even know ahead of women's right not to be groped. And since you apparently don't know, unsolicited sexual touching by someone you don't know isn't "flirting."

Others have also pointed out that the high-profile men Merkin cites as examples of cases “in which the accusations are scattered, anonymous or, as far as the public knows, very vague and unspecific,” were, in most instances, fired for allegedly abusing their power in the workplace. N+1 editor Dayna Tortorici tweeted in agreement with Merkin’s argument that workplace accusations can be vague. But, Tortorici countered that “a lack of clarity around terms like “inappropriate conduct,” derives in large part from employers’ / boards’ wanting to ward off liability. If they can’t define it, they have more flexibility when considering individual cases.”

Of course, Merkin is far from alone in questioning whether the movement has overstepped its mark and become the “witch hunt” we’re discussing in supermarket checkout lines. Editorials from major publications and broadcasting companies have been asking the “Has it gone too far?” question for weeks, to an extent that threatens to significantly shift the tone of the conversation.

It’s a shift that New York Magazine writer Rebecca Traister anticipated back in November. In an interview with Ezra Klein, Traister pondered when those attempting to derail the movement might make their move.

“It’s a really hard conversation to have, and so I do think that lots of people will jump on any excuse to make this conversation stop,” says Traister. “There’ll be a moment where everybody just sort of is like, ‘Okay, we’re not having this conversation anymore.’”

Merkin isn’t necessarily suggesting we do what Traister fears and stop the conversation completely. Rather, she’s asking that we bring the conversations and the doubts we’ve been having behind closed doors out into the open. And, because different women have different life experiences, it’s likely that many of us are discussing the issue in different ways.

What we say about #MeToo can feel like a delicate dance on a razor-thin edge with stakes that are very high — for both women and men. But the conversation is brave and important. So let’s keep talking, and let’s make it a nuanced and honest discussion.

Do you agree with Merkin’s op-ed? Tell us @BritandCo.