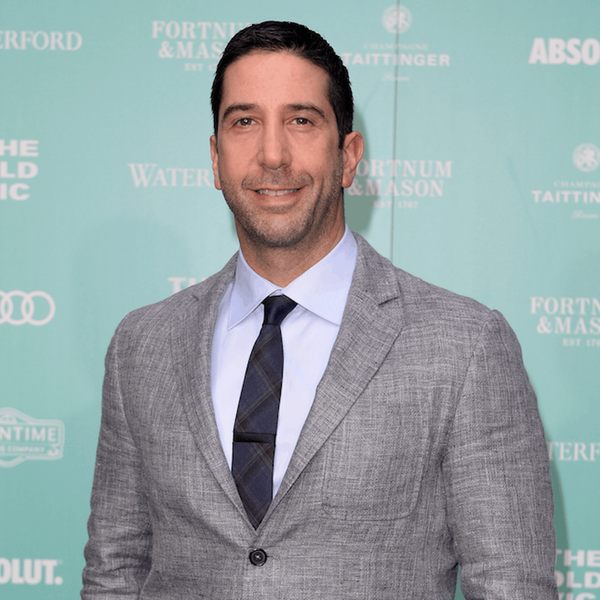 David Schwimmer will always hold a special place in our comedy-loving hearts for his iconic (if slightly awkward) role as Ross Gellar, but as he recently told The Hollywood Reporter, being an integral part of a pop culture-changing show isn’t all fun and games. Not even when that show is Friends, and your love interest is none other than the gorgeous Jennifer Aniston.

Shooting to superstardom at just 27, David admits that the newfound fame “was pretty jarring and it messed with my relationship to other people in a way that took years, I think, for me to adjust to and become comfortable with. [It] made me want to hide under a baseball cap and not be seen.” The star went on to say that he “realized after awhile that I was no longer watching people; I was trying to hide.”

As you may recall, David isn’t the first Friends star to open up about the hardships of being involved with the show: In fact, as Cosmopolitan pointed out, every single cast member has done so over the years.

Courtney Cox was first to give fans a glimpse into the realities of playing Monica Gellar when, in 2012, she told The Telegraph that “Friends was such a benchmark of television success that I shied away from trying anything else.”

The following year, Matthew Perry sat down with People to discuss his struggles with substance abuse, and said: “I was on Friends from age 24 to 34. I was in the white-hot flame of fame.” Co-star Matt LeBlanc elaborated on what that “white-hot flame” felt like, telling the Boston Common that “the weirdest thing was walking into a room… anywhere there’s a lot of people, and everybody sort of stopping what they’re doing and taking notice you’re in the room. And they know you, or they think they do.”

However, it was Lisa Kudrow who echoed David’s sentiments the loudest in a 2015 interview with Express, saying, “You think, ‘Oh, if you’re famous, you’re loved and adored.’ Then, when you really experience that attention and everyone cares what you’re doing and wants pictures of you, it doesn’t feel like a warm hug. It feels like an assault.”

Yikes! Sounds like fame isn’t the breezy walk in the park it’s cut out to be.

David, for his part, seems to have gotten over his issues and left hiding for the birds, recently making the return to television to take on the role of Robert Kardashian (yes, that’s Kim K‘s dad) in FX’s The People v. O.J. Simpson. And if his Emmy nom for the part is any indication, guy’s definitely still got it.

Welcome back, David: We’ve missed you.

Are you surprised to hear about the dark side of Friends fame? Tweet us @BritandCo.

Barbara Pavone
Barbara Pavone is a pop culture-obsessed writer based in beautiful (but ridiculously cold) Montreal, Canada. When she's not working, she's sipping on a Pimm's Cup and daydreaming about her celebrity hero, Saint West.
interview
Celebrity News
interview