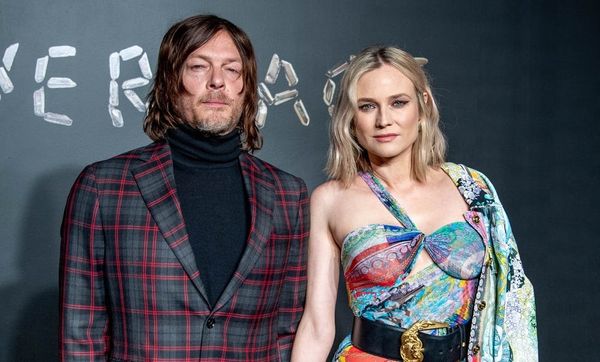 Diane Kruger just wants to protect her family. The actress took to Instagram on Tuesday, January 8, to make an emotional plea for privacy after unauthorized paparazzi photos of her infant daughter circulated online.

“Dear fans, dear non fans, dear paparazzi and anyone with a conscience. We were just tagged in these paparazzi pictures of me and our daughter,” Kruger captioned the photo in question, in which she had blurred out her baby.

“These pictures were taken without our consent and expose a vulnerable and innocent baby,” she continued. “While we understand that some people would like to see a picture of our daughter, we, as parents, want nothing more than [to] allow her to grow up in privacy and safety. Me and @bigbaldhead [Norman Reedus] would kindly ask you to not repost these pictures and help us achieve that goal. Whoever has already posted them, please take them down.”

It was first reported in November that Kruger and Reedus had welcomed a child together, but the two have declined to publicly provide details about their new addition. It was only while Kruger was doing press for her latest movie Welcome to Marwen that she even confirmed they had a baby girl.

“She’s very little, but I’m tired,” Kruger told Extra at the time. “I feel like a superhero right now.”

The new parents generally keep their own relationship out of the spotlight, too. They made their first official appearance together on the 2018 Golden Globes red carpet, about a year after they were first reported to be dating.

“Please put yourself in our shoes,” Kruger concluded her personal post. “We are just like any parent wanting the very best for our child. Thank you for your support.”

What do you think of the baby photos being released? Let us know @BritandCo.