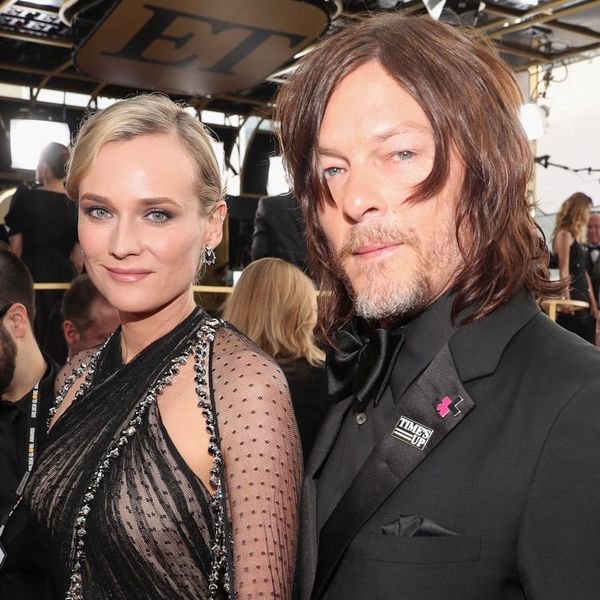 Diane Kruger and Norman Reedus have finally gone red-carpet official! The famously private couple appeared together at the 2018 Golden Globes on Sunday — their first official appearance since they were spotted spending time together last year.

Kruger, who has most recently received acclaim for her portrayal as a woman whose husband and son are killed by neo-Nazis in In the Fade, met Reedus in 2015 while working on the film Sky. Though they were rumored to have been dating as far back as 2016, they didn’t make things public until early 2017, when they were spotted bar-hopping and engaging in some PDA in NYC last spring.

The couple, along with more or less all of their Hollywood peers this evening, were dressed in coordinating black outfits in support of the #TimesUp movement. After In the Fade won Best Foreign Language Film, Kruger grabbed her beau for a kiss before heading onstage with the director.

“Actually, it felt liberating,” she recently told Vulture of her split from Jackson, admitting that it was a long time coming. And while she and Reedus are still keeping the details of their relationship relatively quiet, she added that she felt “lucky to have my friends and my partner” with her through the loss of her grandmother and stepfather over the past year.

What do you think of Diane Kruger and Norman Reedus’ red-carpet debut? Let us know @BritandCo!