Everything You Need to Know About Different Kinds of Salt 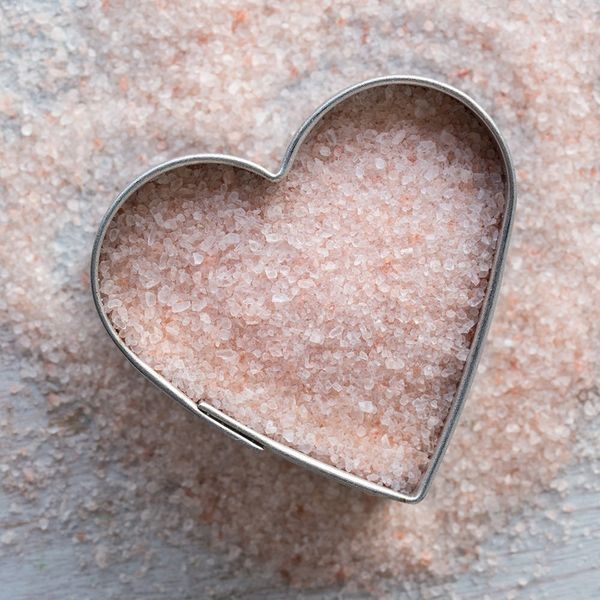 Salt is pretty much the basis to everything delicious, including many of your favorite desserts (no, really!). Of course, if you’ve ever been to the supermarket and tried to buy salt, you’ve probably realized that there are a bunch of different types. Every variation of this essential ingredient looks and tastes unique, plus interacts with foods in ways you could never expect. Here’s all that you need to know about the most common kinds of salt, including how it’s made, what it tastes like, and which are best for baking, cooking, and garnishing.

This salt is made by boiling sea brine (the most famous is from Maldon, England) until it evaporates and forms thin, diamond-shaped flakes (hence the name). It’s best used for finishing dishes so that you can enjoy the extra salty, briny flavor and crunchy texture. (Photo via Michelle Arnold / EyeEm / Getty)

Fleur de sel (which means flower of salt) is raked in straight off the shores of Camargue in southern France. Harvested only during August from evaporation pools, it carries a hefty price tag — a single four-ounce container can set you back $10 or more. It’s incredibly delicate and dissolves quickly, so though you can technically cook with it, it’s probably best to save for finishing. (Photo via Ingwio/Getty​)

You may recognize Himalayan salt as that gorgeous pink rock lamp your coworker has on her desk. Yes, it’s big on the decor scene, but it’s also really tasty. It can be used in place of Kosher or table salt, but is best when used to sprinkle over finished dishes. The salt is mined from reserves in the Himalayan mountains, specifically in parts of Pakistan, so it is pure without any contaminants like plastic found in sea salt. It’s slightly healthier than table salt thanks to the small amounts of minerals like potassium and magnesium. (Photo via Michelle Arnold / EyeEm / Getty)

Kosher salt is a great all-purpose salt, because its course grains dissolve quickly and easily, and it contains less sodium than table salt (1 teaspoon table salt is roughly equivalent to 1 1/2-2 teaspoons Kosher salt). You can use it while cooking or baking, and it works especially well for seasoning meat. Kosher salt can come from the land or the sea and isn’t iodized like table salt. (Photo via Michelle Arnold / EyeEm / Getty)

You’ll recognize this salt by its gray color (the French name literally translates to gray salt, after all). It’s often called Celtic sea salt, because that’s where it’s harvested by hand in shallow evaporation pools. This version is very fine and slightly damp (it has a similar texture to wet sand) and great for cooking or finishing dishes. The gorgeous color and light flavor also make it a wonderful topping for desserts like salted caramels or chocolate tarts. (Photo via Karisssa/Getty)

The salt on the table at a restaurant? Yep, that’s table salt! Usually it’s harvested from the earth rather than the sea and is mined in salt deposits underground. It’s much finer than Kosher salt, and many bakers prefer it, because it generally dissolves faster and more evenly. It’s also always iodized, which can help maintain a healthy thyroid. (Photo via GizemBDR/Getty)

Show us how you’re using your salt by tagging your photos with @BritandCo.

Audrey Bruno
Audrey is a food and travel writer currently living in Berlin. She's always on the lookout for funky wine, sour beer, and the dirtiest martinis, and if she were a food, she'd be a pickle.
Adulting
Healthy Eating
Adulting Healthy Essentials Healthy Living
The Conversation