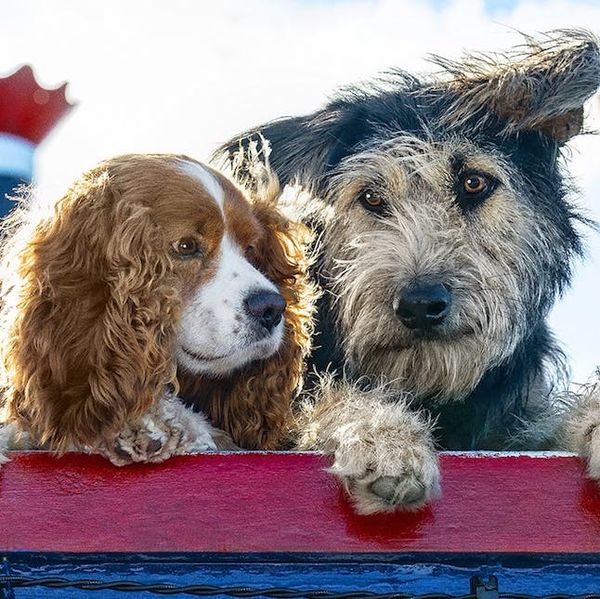 Every couple years, the Walt Disney Company throws a huge party called the D23 Expo, a massive three-day event at the Anaheim Convention Center in Los Angeles that draws Disney fans from all over the world (seriously, people camp out overnight to attend). You can deep dive into Disney history, such as a behind-the-scenes look at how the Haunted Mansion was created to a tribute to the Little Mermaid for its 30th anniversary, and/or bask in the glory of all the beloved company’s offerings, both past and present. This year, Disney made a crazy amount of star-studded announcements about their upcoming animated movies, live-action films, TV offerings, cruise lines, and park enhancements coming to Disneyland, Disney World and beyond. We’ve whittled down our favorite Disney entertainment to check out!

The Movies: There was an epic and star-studded presentation of the upcoming films from Disney Studios, Disney Animation, Marvel, and Lucasfilm. Tom Holland, Chris Pratt, Angelina Jolie, Kristen Bell were just a few of the big names there to hype new titles. Here are some of the movies we’re looking forward to most.

Onward: Pixar is currently finishing up two new original films (not sequels!). The first is Onward, coming out in March 2020, which features Tom Holland and Chris Pratt as teenage elf brothers along with the always-amusing Julia Louis-Dreyfus as their mom.

Soul: Just three months later — in June 2020 — we'll see the release of Soul. Directed by Pete Docter, Soul is based on this premise: “Ever wonder where your passion, your dreams and your interests come from? What is it that makes you … you?” Yeah, deep. Jamie Fox and Tina Fey star as disembodied souls alongside Questlove, Phylicia Rashad, and Daveed Diggs.

Jungle Cruise: Jungle Cruise, starring The Rock and Emily Blunt, will be a MUST for Disneyland fans. This adventure movie in the vein of Indiana Jones and Romancing the Stone will be released in the summer of 2020.

Disney also teased the upcoming live-action Mulan (sadly, with no singing but it does look stunning) as well as Maleficent: Mistress of Evil, which stars Michelle Pfeiffer playing opposite Angelina Jolie. And last but not least, there are two sequels that very different fan bases are anxiously awaiting: Frozen 2 (coming out November 22, 2019) and Star Wars: The Rise of Skywalker (December 20, 2019).

Disney+: This November, Disney will debut Disney+. This new streaming service will include pretty much everything that Disney has ever done, from Snow White to The Avengers: Infinity War. Not only will they have all their movies and Disney Channel offerings available to watch, but they’re creating an eclectic array of new programming just for Disney+ subscribers. Here are a few of the ones we can’t wait to watch.

Lizzie McGuire is back and will star the one, the only, Hilary Duff! No longer 13, Lizzie is now entering her 30s. “Lizzie has also grown up. She’s older, she’s wiser, she has a much bigger shoe budget,” Duff declared. The other scripted series that has a unique angle is High School Musical, The Musical: The Series, where current students (who go to the same high school where High School Musical took place) are enlisted to perform the classic teen hit as their school’s drama production.

Star Wars fans will be thrilled that Ewan McGregor will be returning to play Obi-Wan Kenobi for an untitled Disney+ series. Additionally, Jon Favreau’s The Mandalorian and the untitled Rogue One spin-off featuring Diego Luna’s character, Cassian Andor. Oh, and Marvel will be creating a whole bunch of programs exclusively for Disney+, including Loki, Falcon and Winter Soldier, WandaVision, She-Hulk, Ms. Marvel, and Moon Light.

Along with their scripted shows, they also will be airing reality-based programs. Two of the highlights include The World According to Jeff Goldblum, where the charming star delves into a subjects that interests him, and Encore, a heartwarming series from Kristen Bell where they reunite adults who starred in high school shows together to perform their school production one more time. Another one that piqued our interest is Pixar in Real Life, where they surprise street goers with outrageous scenes from Pixar movies.

Their feature film productions will be worth the price of a subscription. The live-action Lady and the Tramp is a beautiful ode to the original and Noelle, starring Anna Kendrick, looks to be a great addition to the holiday movie scene.

Disney Parks and Destinations: One of the biggest revelations was about the Marvel area coming to California Adventure called Avengers Campus. There will be a Spiderman attraction, the Pym Test Kitchen, and experiences with Dr. Strange, the Black Widow, Black Panther and more. They’re hard at work on this new area (which replaces Bug’s Land), and it is set to open next year. Later, during phase two, they will add another big attraction: guests board a Quinjet and soar off to Wakana (home of the Black Panther) during which, of course, chaos ensues.

Epcot will see big changes in the upcoming months and years, and they promise “more attractions, more stories, and more shade.” The Guardians of the Galaxy attraction coming to Epcot finally has a name – Guardian Cosmic Rewind. There will be a Moana water-themed experience as well as four reimagined neighborhoods based on discovery, nature, celebration, and play. For dining, the Mission Space restaurant will be taking passengers in the winter of 2019.

The big news for Epcot is the announcement that they’re developing a Mary Poppins attraction in a new area based on Cherry Tree Lane. This new addition will be placed in the United Kingdom pavilions in World Showcase.

At Walt Disney World, there will be a couple of new places to spend the night, one that’s truly out of this world. Reflections, a nature-inspired lakeside resort, will open in 2022 and will have a Princess and the Frog-themed restaurant.

Star Wars fans will want to book the Galactic Starcruiser, which offers a two-day immersive experience that promises to dive you deep into the story and include you in the action. Guests will eat, sleep, and play in the Star Wars world for two days and two nights.

Disney Cruise Line: Disney Cruise Line had some news too. They're currently building three new ships; their newest vessel called Wish will start departures in January of 2022. To complement their popular Castaway Cay — Disney’s private island — they’re adding Lighthouse Point, which will pay tribute to the culture of the Bahamas. This project is being spearheaded by famed Imagineer Joe Rohde, who helped design Walt Disney World’s Pandora and Disney’s Aulani Resort in Hawaii.

Yup, there's a whole lot happening at the Walt Disney Company these days. What are you most looking forward to?

Photos via the Walt Disney Company﻿﻿﻿﻿﻿

Related: 10 Brand-New Disney Parks Tips You Need to Know for Your Next Visit

Sunny Chanel
Sunny Chanel is a freelance writer as well as the founder of the whimsical site Wonder and Company. When this proud San Franciscan isn't writing, working on her fixer-upper or doing crafts, she is playing dress up with daughter and planning her next trip to Disneyland.
Disney
Pop Culture
Disney