16 New Things to Experience at Disney Parks in 2019 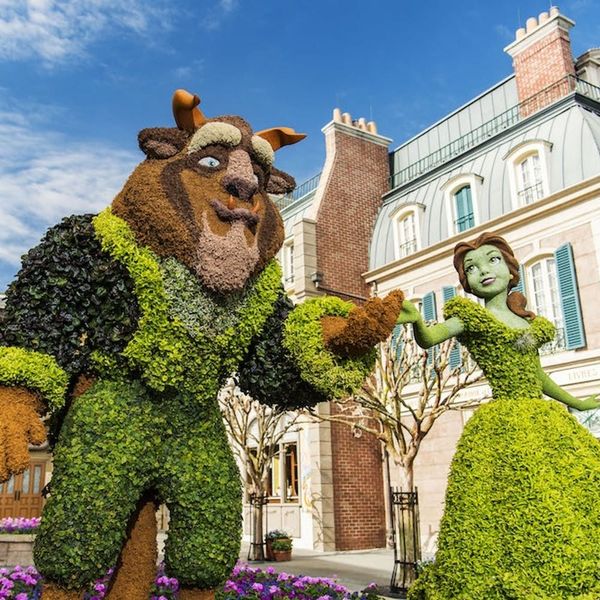 While there’s always a good reason to visit a Disney Park, in 2019, there are even more new things to look forward to. The highlight of the year, at both parks, will be the ultra-anticipated opening of Star Wars: Galaxy’s Edge, but that’s not all. Besides hanging out with Chewy, we’ll be flocking to the parks to celebrate Mickey and Minnie, to go on date nights, and to eat all the new concoctions you know they’ll be dreaming up. Here’s what else they have planned for the new year.

1. Party it up with Mickey and Minnie at the Get Your Ears On – A Mickey and Minnie Celebration. Beginning on January 18, pay homage to the creature who started it all during Mickey’s Mix Magic. Each night, there will be a new high-energy projection show with lights and lasers along Main Street and water screens on the Rivers of America, and the front of It’s a Small World will be transformed — all to honor Mickey. Make sure to bring your moves since there will be dance parties throughout the park courtesy of DJ Mickey. Some select nights, Mickey’s Mix Magic will take over the sky’s in the form of fireworks. There will also exclusive foods (of course) and a whole new collection of merch to buy.

2. Bask in the love between Mickey and Minnie for Valentine’s Day. Just in time for Valentine’s Day, from January 22 to February 18, Disneyland will be celebrating the love of Minnie and Mickey. Along with a Mickey Mouse portrait made from flowers and festive Valentine’s décor all along Main Street, U.S.A., there will be a fun activity for you and your boo: Minnie’s Valentine Surprise, a special scavenger hunt experience that’ll be offered at Disneyland park.

3. Have a throwback Disneyland date night. Head to the park on February 7 for Sweethearts’ Night and/or March 7, for ’90s Nite, both special after-hours ticketed events with dancing, specialty dining, and rare character encounters.

4. Rejoice for the return of Mickey’s Soundsational Parade. The Disney crowds love the always entertaining Mickey’s Soundsational Parade and will be thrilled when it returns on January 25. There will be a few new additions like Mickey leading the way in a float inspired by classic and nostalgic Mickey pull toys and Chip ‘n’ Dale presenting a giant b-day cake for Mickey.

5. Ring in the Year of the Pig. Head to Disney California Adventure from January 25 through February 17 to engage in all the fun at the Lunar New Year celebration. Tradition co-mingles with Disney magic with special events like Mulan’s Lunar New Year Procession hosted by Mulan and her adorable dragon Mushu. Since it’s the Year of the Pig, the three little pigs will be on hand as well! Make sure to nibble on various Asian culinary offerings and to try out the kid-friendly crafts.

6. Live out your Star Wars fantasies. This summer, Star Wars: Galaxy’s Edge will open at Disneyland, where guests can go on their very own Star Wars adventures. The planet Batuu, with its Black Spire Outpost, is populated by smugglers, rogue traders, and exotic creatures. Along with interacting with the people of Batuu, guests can take the controls on Millennium Falcon: Smugglers Run and join a battle between the First Order and the Resistance on Star Wars: Rise of the Resistance. While exploring Batuu, guests can sip on blue milk and visit the Cantina for a cocktail or head down winding alleyways where they might run into Star Wars luminaries like Chewbacca and stormtroopers.

8. Get emotional in Pixar Pier. Since its grand opening last June, Pixar Pier has had crowds flocking to ride the Incredicoaster and Toy Story Mania as well as nibbling on the gourmet offerings at the Lamplight Lounge. 2019 will see the debut of two new attractions: the Inside Out Emotional Whirlwind and Jessie’s Critter Carousel.

9. Feast on burgers and beers. Downtown Disney will welcome two new hot spots to raise a pint and get your burger on. The Ballast Point Brewery, known for their Sculpin IPA, will be the first brewery in the Disneyland Resort, and Black Tap Craft Burgers & Shakes will serve up Insta-worthy, over-the-top milkshakes. Both will open in early 2019.

10. Celebrate an attraction anniversary. 2019 will be a year of benchmark birthdays. Matterhorn Bobsleds and Disneyland Monorail turn 60 on June 14. The Haunted Mansion turns 50 on August 9, the Big Thunder Mountain Railroad turns 40 on September 2, and Splash Mountain turns 30 on July 17.

11. Celebrate the Magic Kingdom. While Disneyland will be going big with Get Your Ears On – A Mickey and Minnie Celebration, at Disney World they’ll be busy with the Mickey & Minnie’s Surprise Celebration at the Magic Kingdom. To honor our favorite mice — from January 18  to  September 30 —  there will be new culinary sensations, merch to buy, and  entertainment, with a highlight being a new dance party with Mickey, Minnie, and their friends.

12. Get artsy. As if there isn’t enough to gawk at in Disney World, during the Epcot International Festival of the Arts your eyes will be busy soaking in even more beauty! This special event takes place from January 18 to February 25 and features visual arts, performing arts and all sort of culinary offerings. Make sure to also check out the Disney on Broadway Concert Series happening every day of the week.

13. Stop and smell the roses. With spring comes the return of the annual Epcot International Flower & Garden Festival. From March 6 – June 3, visit the park to see beautifully arranged floral masterpieces and jaw-dropping Disney-themed topiaries. Grab a snack while you explore from one of the outdoor kitchens offering small bites.

15. Run away with Mickey & Minnie. We can’t wait for the debut of the very first Mickey Mouse-centric ride EVER! Mickey & Minnie’s Runaway Railway, located in Disney’s Hollywood Studios and opening in the fall of 2019, will feature what they’re calling 2 ½-D (no glasses required) and will be done in a lively and adorable cartoon style.

16. Visit both Galaxy’s Edges. Last but not least, Walt Disney World has their own Star Wars: Galaxy’s Edge opening in the Fall of 2019. It’ll be pretty much the same thing as Disneyland’s version but will have its own immersive hotel experience opening soon after.

What are you looking forward to experiencing most? Tweet us @BritandCo.

Sunny Chanel
Sunny Chanel is a freelance writer as well as the founder of the whimsical site Wonder and Company. When this proud San Franciscan isn't writing, working on her fixer-upper or doing crafts, she is playing dress up with daughter and planning her next trip to Disneyland.
Disney
Travel
Disney Travel Vacation
More From Travel