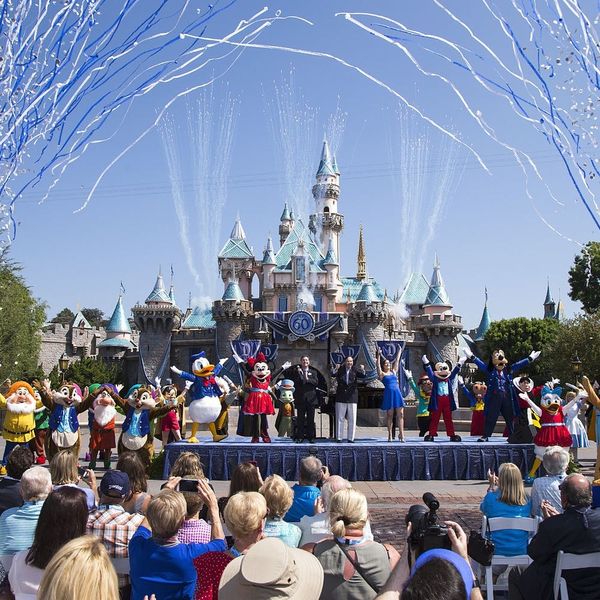 Nobody does Halloween quite like the Disney parks. Between Mickey’s Not-So-Scary Halloween party and the resort’s seasonal snack offerings (pumpkin churros, anyone?), it’s THE place to be for everyone’s favorite spooky holiday. Now, there’s even more reason to visit, with the introduction of a brand NEW treat that has Disneyland attendees clamoring to get their hands on it.

While long lines at Disneyland are nothing new (especially around the holiday season), there’s one bite-sized snack in particular that’s causing a frenzy in the food line department. Say hello to the new Nightmare Before Christmas-themed popcorn bucket, featuring the most adorably spooky villain from the film, Oogie Boogie. Even better? He glows in the dark!

Popcorn at the Disney parks is serious business, with Tokyo Disneyland previously taking top honors thanks to their incredible popcorn flavors like coconut, cappuccino, and even curry.

As it turns out, these new buckets are in such high demand, however, that Disney is limiting in-park sales to two per person. Even crazier, Travel + Leisure reports that fans are waiting in lines of up to an hour at Disney’s California Adventure to snag one (!!). East Coasters, meanwhile, can get their fix at the Magic Kingdom during Mickey’s Not-So-Scary Halloween Party.

Ummm can Disney World get this popcorn bucket??? 🍿 (📷: @debbiewilsonn )

If you can’t make it to a park (or don’t feel like waiting on a long line for popcorn!), you can grab one on eBay for the cool price of $17 or more.

Would you wait on a long line to grab this Oogie Boogie popcorn bucket? Tweet us @BritandCo and let us know.

Arielle Tschinkel
Arielle Tschinkel is a pop culture junkie who went to NYU because the Olsen twins went to NYU (really). She is a freelance writer whose work has also been featured on HelloGiggles, Refinery29, SheKnows, Bustle, Hollywood.com, and many others; and she's living her dream one Britney Spears GIF at a time. Follow her on Twitter @mrstschinkel or visit her website at arielletschinkel.com.
Disney
Food News
Disney Food Trends Halloween
The Conversation