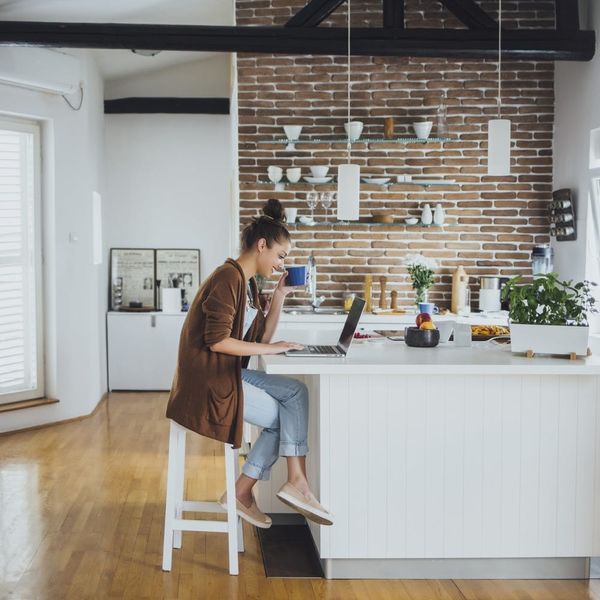 Have you ever wondered which part of the world your family started out in? Or if you carry any genes that could make you more susceptible to certain illnesses? If these questions have crossed your mind, you’ve probably been tempted to try a direct-to-consumer DNA test: The ones where you send off a saliva sample and six weeks later the mysteries of your genes are unveiled (well, sort of). With more people’s DNA mapped out than ever, it’s important for us to understand not only what exactly these tests can tell us and how accurate they are, but also what happens to that data. Here’s everything you need to know before you spit in the tube.

What do these tests actually tell us?

First of all, what information are we really getting? Erica Ramos, MS, CGC, President of the National Society of Genetic Counselors (NSGC), explains, “The most common direct-to-consumer genetic testing is for ancestry. The testing companies compare areas of your DNA with specific DNA markers that are unique to different regions of the world.” If that sounds broad, it is. “Ancestry tests are generally accurate and consistent at the continental level but less so when it comes to pinning down an individual country,” Ramos clarifies.

You can also find out what genes those ancestors have passed down to you. “There are tests that focus on your traits and medical conditions,” Ramos adds, “such as how your body processes certain medications, or whether you carry a variant in your DNA that makes you higher risk to get a blood clot or have high cholesterol.” That said, she cautions, while a test can tell you that you have a certain gene, it can’t tell you how that will affect your health: “Most often these tests point at a risk, but a test often can’t predict with certainty whether you’ll be affected by a condition or disease.”

What does a higher price tag get you?

The main difference between the cheapest and most expensive tests is how much of your DNA they look at, explains Ramos. “Most of the cheaper direct-to-consumer tests look at around 700,000 positions in your DNA — a small percentage of the three billion positions in your full genome. Depending on the test, they may look at two positions or one hundred. Typically, the more they look at, the more expensive the test.” So the more money you spend, the more informed you are, right? Not necessarily, says Dr. Yann Klimentidis, assistant professor of epidemiology and biostatistics at the University of Arizona Zuckerman College of Public Health. “Humans are 99.9 percent genetically identical, so that full genome sequence might be overkill unless you suspect a very rare condition.” A higher cost might also get you additional information about what your results mean — but beware: “Another potential reason for the more expansive tests is that they may give you a more in-depth interpretation of the results, but this interpretation is often on shaky scientific ground,” Klimentidis warns.

What are the potential consequences?

Finding out that 65 percent of your ancestors came from Asia probably won’t change your life, but genetic testing can have highly emotional consequences. When journalist Shannon Halligan started using genetic testing to look into her family tree as a hobby, recording the process in her podcast Genetic Jackpot, she accidentally learned that her dad, who died when she was six, had fathered an older half-brother. “To discover that I’m not the only child and that I have nieces and nephews has been so rewarding,” Halligan says, “but a lot of people in my family found the news very alarming.” This is one good reason to think about seeing a genetic counselor. “The issue with direct-to-consumer testing is that you usually don’t have a genetic counselor there with you to explain your results,” Halligan adds. “So when I found out that I had a half-brother, I didn’t have anyone to explain what it all meant or how to move forward.”

Genetic counselors are trained to help patients work out what they actually want to test for and how to interpret and cope with the results. Julie Kaylor, MS, CGC, and Amber Trivedi, MS, CGC, both genetic counselors with InformedDNA, clarify, “Even though the tests themselves are often accurate, they might not be looking at the thing consumers think they’re being tested for. And it can be difficult to understand the consequences of genetic information for you or your family. It’s important for consumers to know they can go to a genetics expert with any questions.”

It’s not only unexpected family members that may cause emotional havoc: Learning that you have a gene that can cause a serious disease can be extremely alarming. Ramos advises, “Individuals should consider genetic testing under the supervision of a medical professional if a genetic condition runs in their family, or they have concerns that they may be at risk for a disease, and they would like to be able to use the information to help them make medical decisions.” To find a genetic counselor in person or on the phone, Ramos recommends going to the NSGC’s easy-to-remember website FindaGeneticCounselor.com.

How safe is your data?

If we’re being honest, most of us are used to clicking “yes” to long privacy agreements without actually reading them, but this is particularly risky when it comes to your DNA. “Many people accept this risk for the benefit of health and entertainment, but with genetic data, they may be handing over information that they don’t fully understand, which may have implications down the road,” warn Kaylor and Trivedi.

Ramos identifies two types of websites that store genetic information: The ones that send out the tests, and databases where people voluntarily upload their data, often in order to find relatives. (True crime fans may remember that this second type of site enabled police to track down the notorious Golden State Killer in April 2018.) She recommends carefully reading the terms and conditions to find out if the website you’re using is allowed to share your data with a third party or for research purposes. “Responsible genetic testing companies should only do this with your explicit approval and should give you the opportunity to change your mind,” she counsels. “That said, if you do withdraw your approval, any data that has already been shared with your consent can’t be taken back.”

Dr. David Koepsell, Ph.D, founded EncrypGen as a secure platform where people can safely store data about their DNA and choose whether scientists and pharmaceutical companies around the world can use it for research. He says, “I think most people do not realize that when they post their lineage data on publicly available sites, they are not only revealing a good deal of information about themselves but also about their relatives. Often it’s with the best intentions — but people need to become much better informed about what genetic information tells others.” You’ve made it to the end of the guide, so consider yourself officially informed, whether you decide to spit and share or embrace the mystery.

Tell us the best surprise your DNA test uncovered @BritandCo.