I’m Ready for My Genetic Closeup 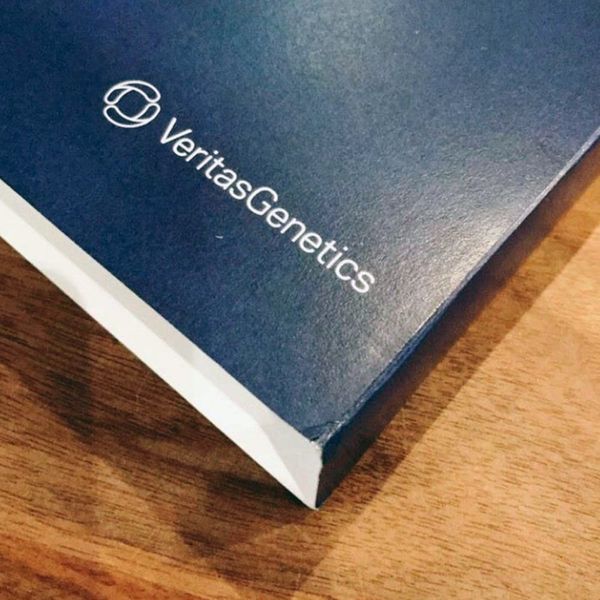 A lot of people don’t know this, but all throughout my teenage years, I had a dream of becoming a geneticist. At the time, the Human Genome Project was nearing completion. Now regarded as one of the greatest scientific feats of all time, this project was all about mapping and sequencing the entire human genome, which had never been done to date. Scientists started it in 1990 and didn’t complete it until 2003.

Since the completion of the Human Genome Project, enormous strides have been made in genomics that are changing everything we know about our bodies, our health, and our family histories. Most importantly, the costs of sequencing the average genome has dropped so low that millions are now doing it.

For the past 10 years, services like 23andMe have existed, where for less than $300, you can spit in a tube and get back data about your body, ranging from personal traits (like eye color and fast or slow twitch muscles) to disease risks to ancestry/ethnic backgrounds.

But while I have personally used 23andMe and enjoyed it, I’ve always known that the results were not 100 percent specific to my genome… in fact, it only looks at 0.02 percent of a genome. These types of services tend to aggregate a portion of your genes and compare it to the population of other genomes they have sequenced. Thus, your results are only directional in nature. So, for example, if they say that you “likely have freckles” that’s because they are sampling your genes and comparing it to people who have similar genetic ancestry backgrounds (aka more shared genes) who also have freckles.

Now enter Veritas, one of the newest brands on the personal genomics market. In 2016, it launched a service that will sequence your entire genome (yes, that means all 6.4 BILLION letters) for $999. I realize that’s expensive to most people, but that is like pennies compared to what it cost 10 years ago (hundreds of thousands of dollars). You also get way more data back — from clinically-relevant findings of over 1,200 conditions to a full report of your drug/prescription sensitivities to, of course, ancestry information as well as reports highlighting personal traits like freckling and longevity.

One reason why I’ve always been so excited about these types of services is that I have very little idea where I come from. My dad was adopted at birth and has never known anything about his birth parents. And while my mom was not adopted, her father (my grandfather) lost his parents when he was young and thus does not have very much information on where he comes from. (He’s now nearly 90 years old, so his memory is not as sharp either.) The one thing he knows is that he’s part Native American, but he isn’t sure how much.

On the flip side, now that I have two young kids, I’m constantly curious about what disease risks or personal traits may be passed onto them from me and my husband. Perhaps there are some that I could help diminish before they become bigger problems.

It’s for all these reasons why I was so thrilled to meet the folks from Veritas in person. What started as me totally fangirling about their service turned into me explaining the curiosity about my own genomics, and then ended with them asking if I’d want to partner to help sequence the full genomes of my dad, my grandfather, my husband and myself. With these four sets of data, I’d be able to get a 360-picture of myself and my family.

Did you know that 90% of the most important elements of your DNA exist across your whole genome? Get to know the REAL you.⠀ .⠀ .⠀ #deargenome #didyouknow #funfacts #dna #genetics #wholegenome #gettingtoknowyou #youcompleteme #tgif #sciencefriday #fridayfun

Suffice it to say, I’m PUMPED. How cool is it that this technology even exists? My grandfather is still trying to understand why he had to spit in a tube and send it off in the mail, but as of now, all samples have been sent and we’re all waiting for our results. Stay tuned because I can’t wait to report back on what I learn, and why it can be valuable to you as well. And until then, check out the Veritas site to see how it all works. Perhaps it may make sense to learn a bit more about your body, health, and ancestry as well!

From Your Site Articles
Brit Morin