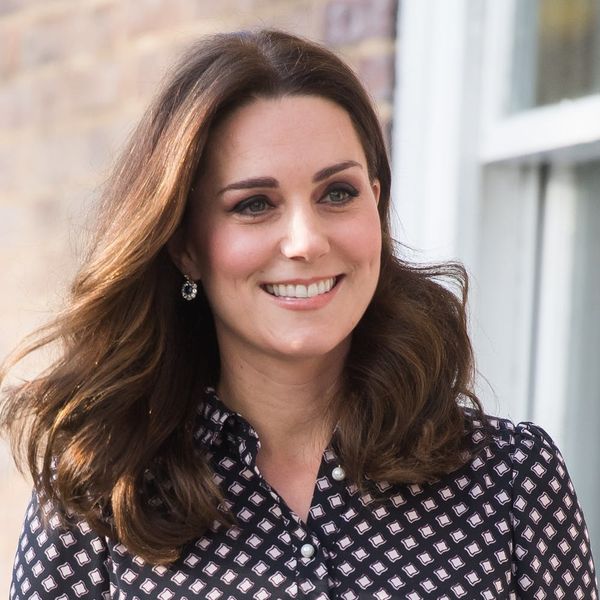 On Monday, when Clarence House announced that Prince Harry and Meghan Markle were engaged to be married, the news understandably garnered a ton of reactions. Everyone from members of the public to celebrities and, of course, the couple’s families shared messages of excitement and congratulations. Now, Kate Middleton is taking her well wishes to the people as she makes her first appearance since the news of the engagement broke.

“William and I are absolutely thrilled,” she told reporters as she appeared at the Foundling Museum in London. “It’s such exciting news. It’s a really happy time for any couple and we wish them all the best and hope they enjoy this happy moment.”

The Duke and Duchess of Cambridge previously shared their joint reaction to the news in an official statement via Kensington Palace. “We are very excited for Harry and Meghan,” it read. “It has been wonderful getting to know Meghan and to see how happy she and Harry are together.”

"William and I are absolutely thrilled."

Kate Middleton speaks for the first time in public since Prince Harry announced his engagement. pic.twitter.com/J4Hbph3TH2

Prince Harry previously gushed about the “fantastic support” he and his fiancée had received from his brother and sister-in-law, telling the BBC, “Catherine’s been absolutely amazing. As has William.” Echoed Markle: “She’s been wonderful.”

Middleton appeared at the Foundling Museum to learn about their art education and outreach programs in support of children and vulnerable families.

After she and Prince William got engaged in 2010, the pair waited four months before appearing at engagements together. Harry and Markle, on the other hand, already have a few lined up: Kensington Palace announced that the newly engaged couple will undertake their first official engagement this Friday.

The pair will meet representatives of organizations supporting people living with HIV/AIDS at a Terrence Higgins Trust World AIDS Day charity fair, as well as speak to staff and mentors at Nottingham Academy about their program preventing young people from turning to violence and crime. The Palace said that “Prince Harry is looking forward to introducing Ms. Markle to a community that has become very special to him.”

Are you looking forward to seeing Prince Harry and Meghan Markle undertake engagements together? Let us know @BritandCo!